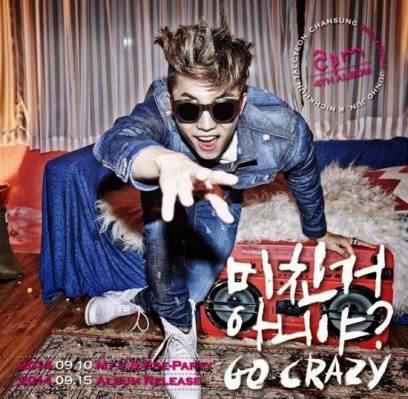 2PM's Wooyoung might have gotten a little too crazy at the group's latest concert, '2PM World Tour GO CRAZY in Seoul', on October 3.

During the group's encore performance, Wooyoung is reported to have fallen off the stage in front of 7000 adoring fans. Fans were quite worried about the idol star's condition, but JYP Entertainment has stated that he wasn't injured.

JYPE said, "Though there was an accident in which Wooyoung fell off the stage, he didn't receive a big injury. There will be no effect on the tour."

It's good to hear that he's safe!