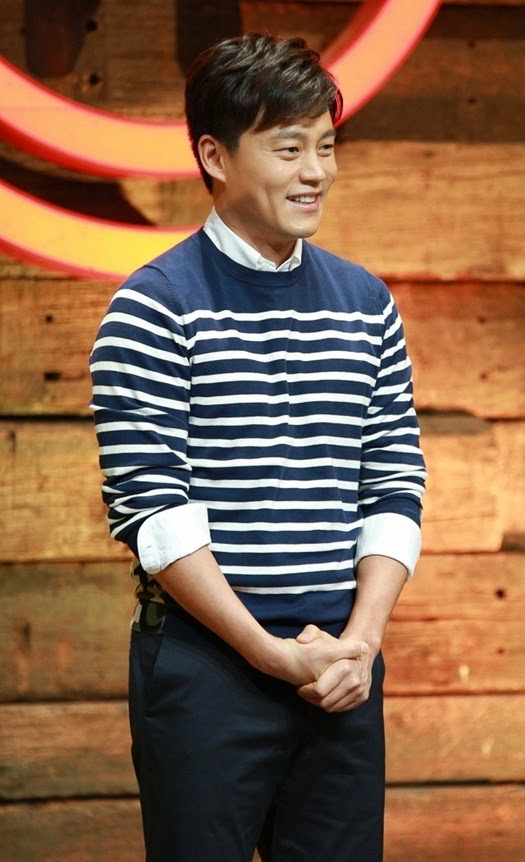 Three Meals is an outdoor variety program in which its participants live out on an unfamiliar and secluded countryside to eat. Joining the show will be Lee Seo Jin, who served as the luggage boy on Grandpas Over Flowers, as well as beast-dol, 2PM's Taecyeon.

The two men will live together in a little country village in the Gangwon-do province and use whatever food they find there to create three meals. Putting the familiar and comfortable city behind them, they're expected to cause much entertainment as they search for food in nature without getting any help.

More than anything, Lee Seo Jin's participation in the program is being spotlighted as his poor cooking skills have already been exposed through Grandpas Over Flowers, when he attempted to cook for the veteran actors in March.

At the time, the staff gave the nickname 'Cooking King' to Lee Seo Jin, even making fun of him by creating a fake cooking show called 'Cooking King Seo Jinnie,' which eventually became Three Meals.

"As he never cooks, we wanted to show Lee Seo Jin the true flavors of food," said the staff on why they cast Lee Seo Jin.

Having appeared as brothers with Lee Seo Jin in the drama Wonderful Days, Taecyeon is also being anticipated in the new program. Compared to the grumbling and sly Lee Seo Jin, Taecyeon will be worrying about how to feed himself with his bright and innocent personality.

"We thought that Taecyeon's simple and responsible image, as well as his handsome face and relationship with Lee Seo Jin would fit well with the program," said the staff. "Both Lee Seo Jin and Taecyeon studied abroad and have the city man image, so we wanted to show a side that has never been shown before when they start living in the countryside. "

"Leaving behind all the baggage from daily life and worrying only about what to eat is what Three Meals is about. It's so easy in the city, but so difficult in this place, and you'll feel the importance of one meal through this program," said Na Young Seok PD.

"We plan on showing reality as it is as they leave their busy lives and walk into simpler times with nature," said Park Hee Yeon PD, who is co-directing the program with Na Young Seok. "Viewers will be able to enjoy an feel satisfied as the two city bachelors, Lee Seo Jin and Tacyeon fight to survive in a place that has nothing."