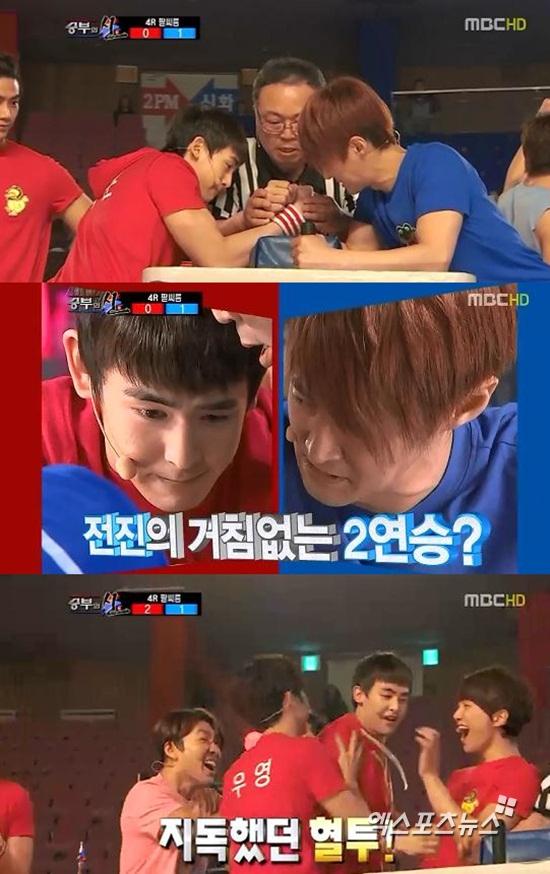 In the September 9 episode of MBC’s God of Victory, groups Shinhwa and 2PM competed against each other. Nichkhun, who also appeared in the last episode, appeared in this week’e episode as well.

The production company for the show previously announced that they will edit Nichkhun, who is taking some time for self reflection, as much as they can. But since all members participated in the game, Nichkhun has to appear on the show.

Nichkhun arm-wrestled with Jun Jin, Min Woo, and Eric and earned victory every time. But he was beaten by Andy.

2PM finally won by beating Shinhwa 5 to 2 score. But Shinhwa won two games for four people so the people who were Shinhwa’s side received cars.

Nichkhun was driving his personal vehicle on July 24 and was involved in an accident with a motorcycle after drinking with other JYP artists. Seoul Central District Prosecutors’ Office announced that Nichkhun faced summary trials for drunk driving and was ordered to pay four million won.