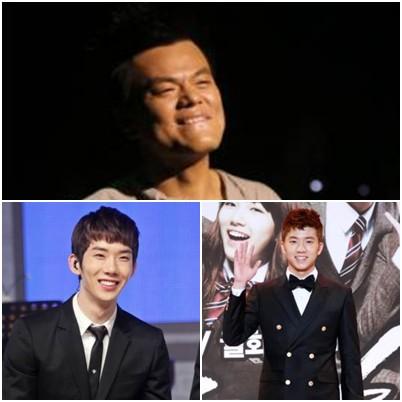 On June 27, Park tweeted, “Both of you are probably feel nervous about performing on stage by yourselves. But it is not crucial worrying about the results so let’s think this will make you improve. The most important thing is how much you can learn from this. Good luck to you great guys.”

Park wrote the note for Jo Kwon and Woo Young, who will return to performing as solo singers. The two stars will release their albums around the same time.

Park will also show a different side of him as a movie actor by appearing on the movie A Millionaire on the Run, which will be released in July.