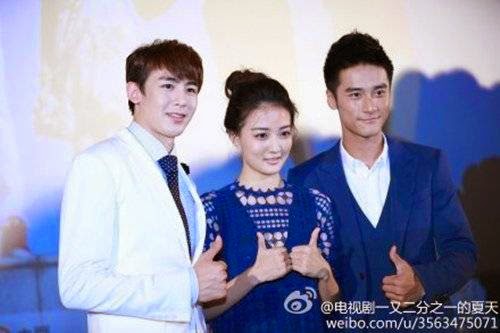 2PM's Nichkhun attended the press conference for his upcoming Chinese and Korean collaborative drama 'One and a Half Summer' on June 16 in Shanghai.

According to Chinese media reports on June 17, the director expressed his wishes that the drama will be as popular as 'You Who Came From The Stars,' especially considering how popular Korean dramas are in China.

Meanwhile, Nichkhun hinted at future promotions in China as he expressed his wishes to mature as an actor there.  He said, "I did debut in Korea, but I want to develop in China.  I wish people would think of me as a Chinese actor rather than a Korean celebrity.  In addition, I am half Chinese."

Artikel Terkait [News] 2PM Nichkhun says he wants to grow as an actor in China :