[News] Got7 Members Express Thanks to 2PM’s Nichkhun and Rain 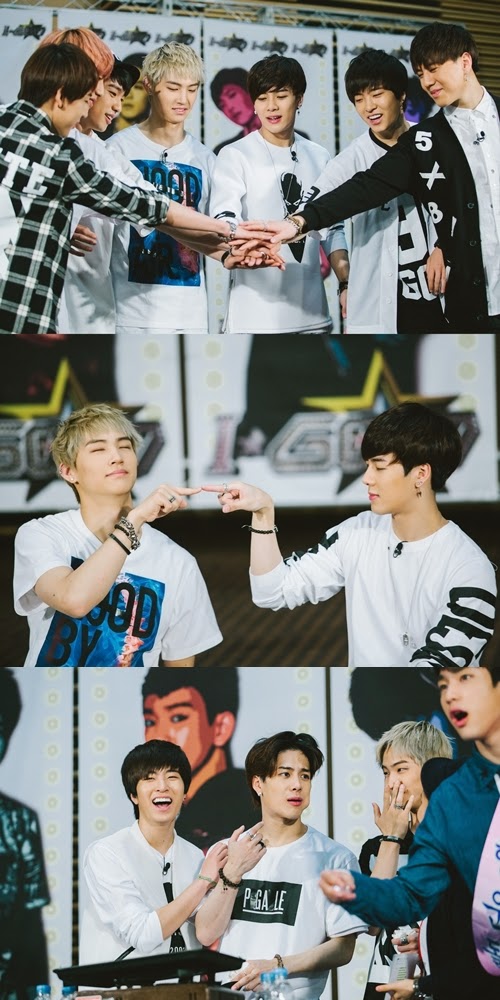 Got7’s Young Jae and Bam Bam expressed their gratitude towards Nichkhun and Rain.

June 24’s broadcast of SBS MTV’s I Got 7 will feature the Got7 members sharing about people or things that have brought them good luck.

When asked what brought him luck, Young Jae answered, “2PM’s Nichkhun hyung,” reasoning that thanks to the 2PM member naming Young Jae as the best looking member of Got7, he earned the image of being the ‘visual’ of the group.

Bam Bam answered, “Rain sunbaenim.” He revealed that he was able to achieve his dream of becoming a singer thanks to his mother, who is a big fan of Rain. He was also able to debut after winning the first place in Rain’s cover dance competition.

Mark then made everyone laugh by saying, “My symbol for good luck is clothespin. Because I have never lost in a game that used a clothespin for punishment.”

Artikel Terkait [News] Got7 Members Express Thanks to 2PM’s Nichkhun and Rain :