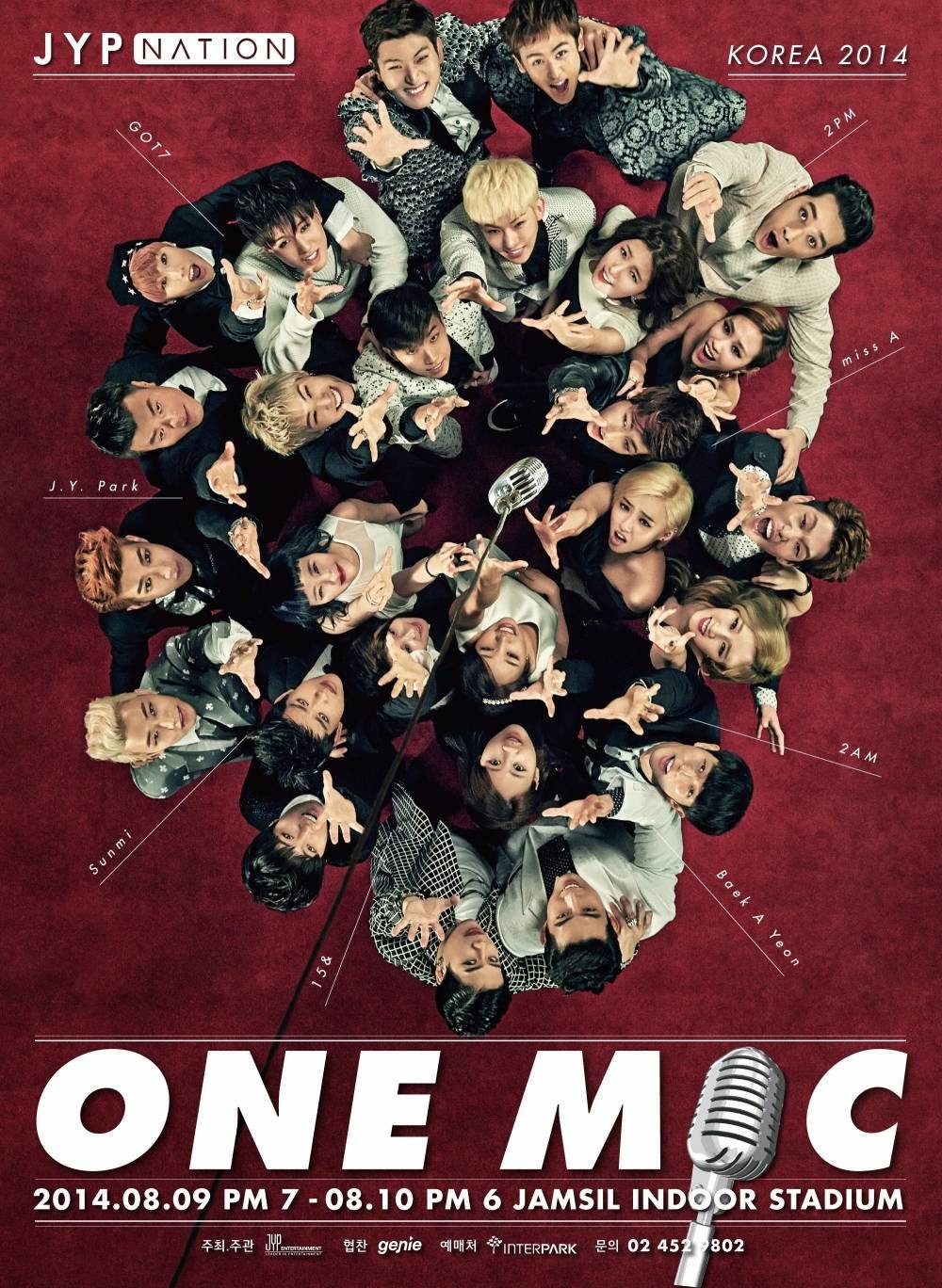 JYP Nation unveiled the poster for their upcoming family concert, '2014 JYP NATION - ONE MIC', which will be held in three countries across Asia starting this August!

J.Y. Park, 2PM, 2AM,Sunmi, miss A, Baek Ah Yeon, 15&, and GOT7 will kick off their concert at Jamsil Arena, Seoul on August 9-10, and will also make stops at the AsiaWorld–Arena in Hong Kong, China on August 30 and 1st Gymnasium of Yoyogi National Stadium in Tokyo, Japan on September 5-7.

Artikel Terkait [News] JYP Nation unveils poster for their family concert 'ONE MIC' in Asia kicking off this August :