It was Big Bang vs. 2PM on the Oricon DVD charts, and Junho rose to the top with his concert DVD!

Congrats to the boy groups! 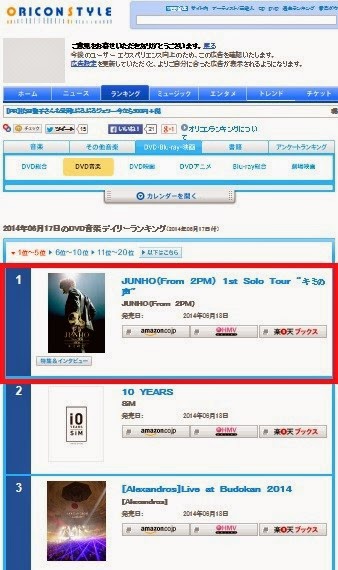 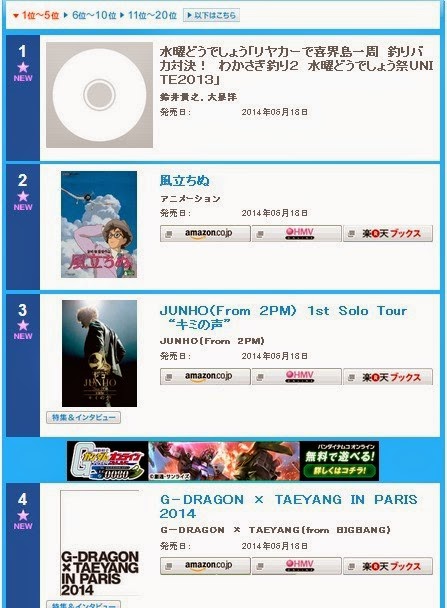