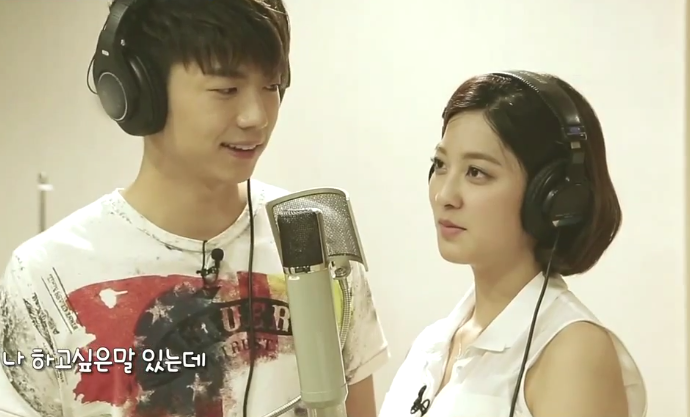 Wooyoung (2PM) and Park Se Young’s cute and sweet duet from “We Got Married” called “Holding Hands” was recently revealed on YouTube. The video is shot somewhat like a music video and has a very relaxed vibe, showing the two having a great time in the recording studio.

It is a given for Wooyoung, but this is not the first time for Park Se Young in the recording studio, either, having released her own song, “Shall We Dance,” in October of last year.

The couple has sure come a long way since their first awkward meeting in January!

Meanwhile on the same episode of “We Got Married,” model/actor Hong Jong Hyun and Girl’s Day’s Yura joined the show as a new couple, taking the place of Jung Joon Young and Jung Yoo Mi.

Artikel Terkait [News] 2PM’s Wooyoung and Park Se Young Record a Duet on “We Got Married” :