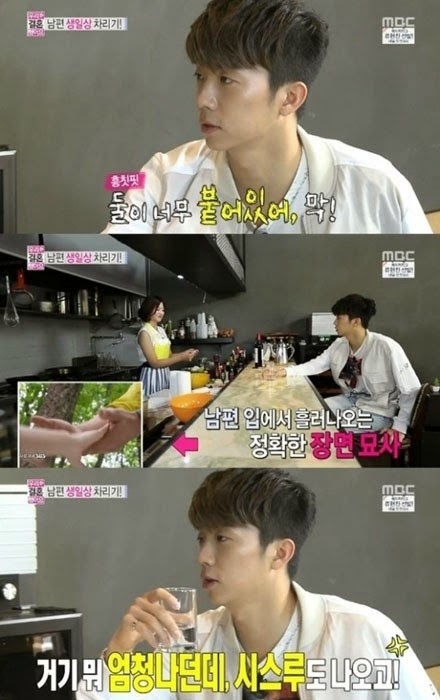 While seeing her cook, Wooyoung said, "I'm enjoying your drama. But I wasn't happy while watching it. You're too close to the guy," showing jealousy.

Park Se Young is currently in a romantic relationship with actor Lee Sang Woo in the SBS drama "Glorious Day".

Wooyoung also said, "It was crazy, like with see-through and everything," talking about Park Se Young's see-through outfits that showed her underwear. Wooyoung then added, "I wish you wouldn't do that from next time" and Park Se young said, "It wasn't that see-through," arousing laughter.