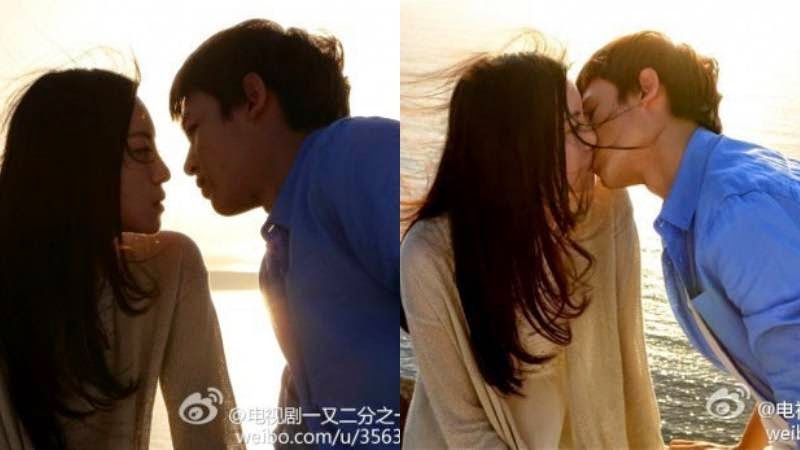 Still cuts of the kiss scene between 2PM's Nichkhun and actress Yu Wenwen for the upcoming Chinese-Korean drama 'One and a Half Summer' are stirring fans into a frenzy!

Nichkhun and Yu Wenwen are playing opposite each other as Zhang Hao and Shu Qing, respectively, who meet in Santorini, Greece and fall in love. Nichkhun's first character as lead Zhang Hao is a Chinese-American who takes a trip abroad to avoid an arranged marriage and unexpectedly meets the love of his life.

The 2PM member, who is also currently dating Girls' Generation's Tiffany, discussed the kiss scene at the drama's press conference. He commented, "I was so nervous my entire body was sweating. I kept clenching my hands. It was embarrassing because so many people were watching."

'One and a Half Summer', which also stars miss A's Jia, premieres on June 23!