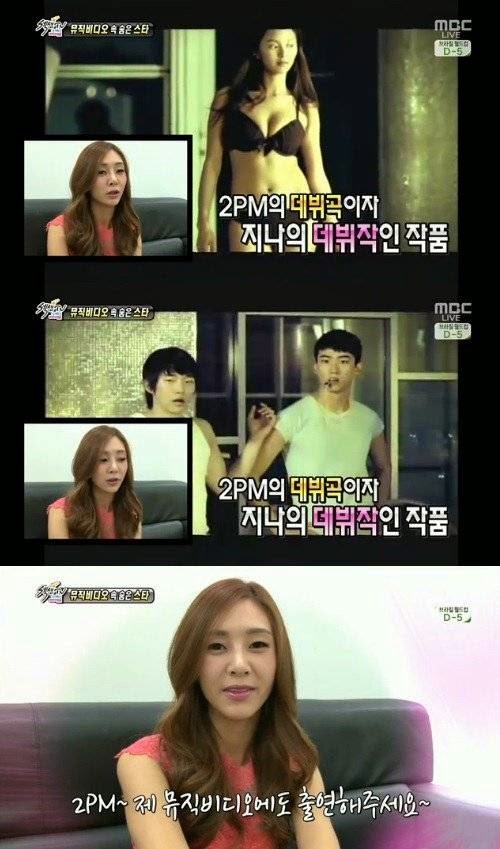 Soloist G.NA revealed her feelings toward her brief yet eye-catching cameo in 2PM's debut music video, '10 Points Out of 10'!

Shown her music video appearance during the latest episode of 'Section TV', G.NA's cameo drew eyes for her bewitching body and Barbie-like proportions.

"It wasn't awkward at all," G.NA said, remembering her appearance. "It was actually fun and since it was 2PM's debut song and first music video, it was memorable for me as well."

To 2PM, she said, "Please appear in my next music video too."

Could we possibly see G.NA and 2PM reunited in the near future? Fingers crossed!