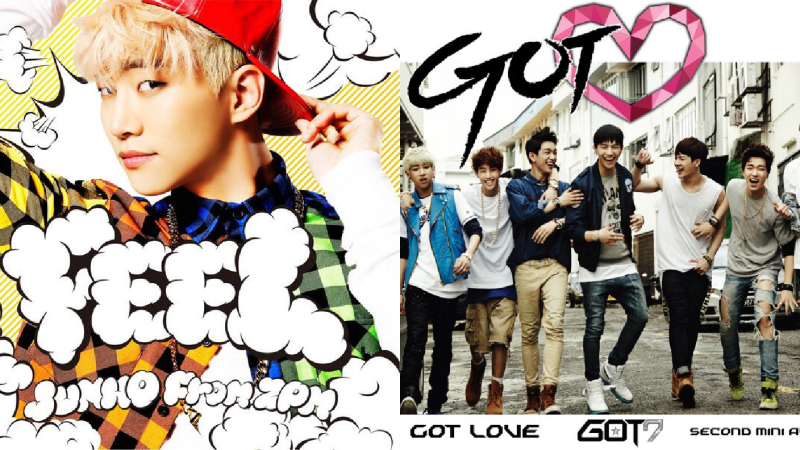 2PM member Junho and male group GOT7 have confirmed their popularity in Japan by dominating the World Chart of Tower Records Japan.

According to the World Chart released on July 10, Junho’s second Japanese solo album “Feel” and its various editions took the first four spots on the chart, whereas GOT7 followed their labelmate by ranking fifth with their second Korean album “Got Love.”

Considering that the World Chart is based on the sales of albums by international artists, Junho and GOT7 have proven that they appeal greatly to the Japanese music market.

Furthermore, Junho’s “Feel” ranked first on Oricon‘s Daily Chart, Tower Records and HMV on the day of its release, becoming an immediate hit. Although GOT7 is yet to officially debut in Japan, they have already managed to build an enthusiastic fan base. Their first showcase in Japan was held in April, and their popularity has since grown steadily.

In related news, Junho has been touring around Japan meeting his fans through the concert tour “JUNHO Solo Tour 2014 ‘Feel‘” and GOT7 is currently promoting their latest song “A” on domestic music shows.