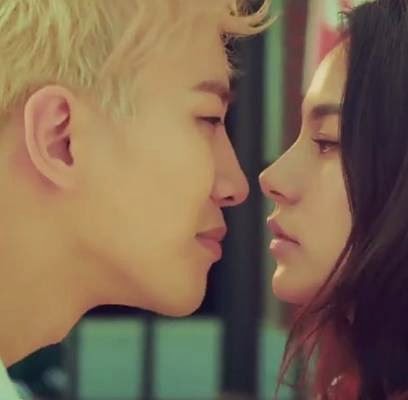 Min Hyo Rin has proven herself to be a lucky girl indeed as she not only got a bed scene with Taeyang for "1AM" but got up close and personal with 2PM's Junho for solo PV, "Feel"!

In the full version, Junho sings and dances with his usual high level of energy and charisma, which would make fans wonder why Min Hyo Rin doesn't succumb to his charms right away, rather choosing to play hard to get.  It also features GOT7's JB and Jr.!