[News] 2PM Sets Record by Ranking No. 1 on Oricon with Both Group & Member Albums 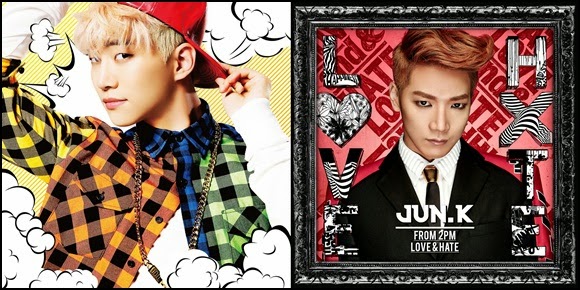 2PM became the first K-pop group to rank number one on the Oricon chart with albums released by the group and individual memebrs.

2PM’s Jun.K and Junho each debuted as soloists in Japan, ranking number one on various music charts and carrying out a national tour in Japan.

As the first 2PM member to debut in Japan, Junho launched his solo national tour in July of 2013. His debut album Your Voice ranked number one on Tower Record and number three on Oricon’s daily chart.

Returning with his second album Feel on July 9, Junho immediately ranked number one on Oricon’s daily chart, Tower Record, and the Asian section of HMV’s records shop, proving his increased popularity in the country.

There's also a train being operated in Tokyo called ‘Junho X Ginza Line’ and he has also sold out all tickets to his solo national tour, which began on July 3.

2PM Sets Record by Ranking No. 1 on Oricon with Both Group & Member Albums

2PM set the record as being the first K-pop idol group whose albums released by both the group and the members ranked number one on Oricon’s daily chart. Jun.K and Junho have been receiving praises for comprising their album with self-composed songs, setting their status as singer-songwriters and talented musicians.

Artikel Terkait [News] 2PM Sets Record by Ranking No. 1 on Oricon with Both Group & Member Albums :