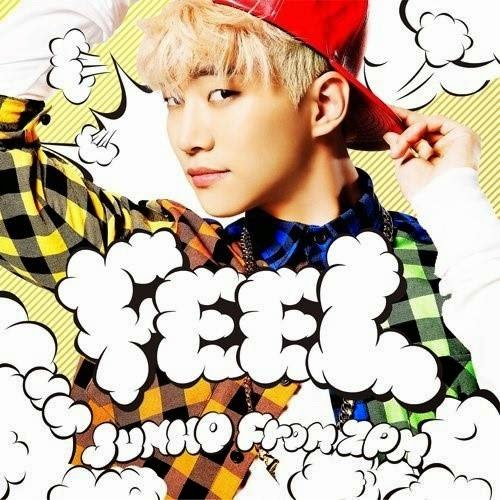 2PM's Junho evidenced his popularity in Japan with the release of his solo Japanese mini album 'Feel' as he topped Oricon's daily album chart at #1!

He sold 27,939 copies in that day alone, more than any other album on that day, which won him the honor of snugly sitting at the top of the list.  For both Japanese albums so far, Junho wrote the lyrics, composed, and even produced, earning respect for his musical talents.

In addition to this, his first solo tour DVD ranked #10 on the DVD portion of the Oricon Charts on the same day as well.