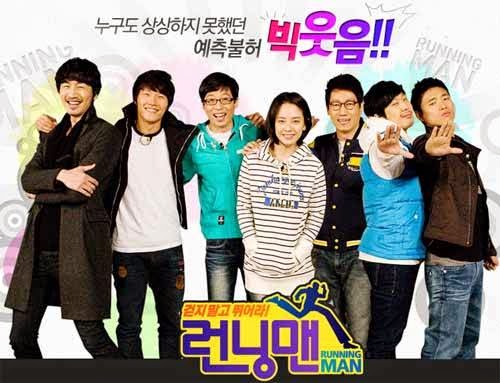 2NE1, 2PM and the artists of Mystic89 showed up on the latest episode of 'Running Man' to compete for crown of the 2014 Idol Championships!

In the final game, a survival nametag battle round, Mystic89's Muzie took the early lead, disposing of several of his competitors in the early stages of the match. However, everything changed once the 'tiger' Kim Jong Kook, representing 2NE1, entered the fray! Not even the beast-dols of 2PM could stand up to him, as he easily defeated wave upon wave of attackers, reminding viewers just why he was called "the Commander" in a nametag ripping battle.

The entire match was provided with live "narration" by 'nation's MC' Yoo Jae Suk, adding another layer to the survival stage!

With Kim Jong Kook to thank, the girls of 2NE1 nabbed the victory and the final trophy. "I just have one thing to say to Yang Hyun Suk," Kim Jong Kook boasted at the end. "He better buy me a meal!"