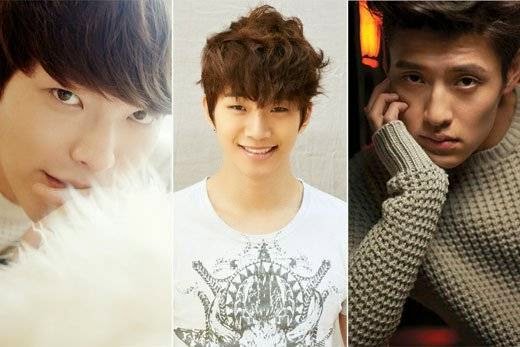 Kim Woo Bin, Kang Ha Neul, and 2PM's Junho have been finalized for roles in the upcoming movie 'Twenty'!

Kim Woo Bin had already been confirmed and Junho was in talks previously, but he has now been finalized along with rising actor Kang Ha Neul.

The movie's distributor NEW stated on the 7th, "They will enter filming this summer."

'Twenty' portrays the love stories and friendship of three men in their twenties, an age when anything is possible. Kim Woo Bin, Junho, and Kang Ha Neul will play the three men Chi Ho, Dong Woo, and Kyung Jae, respectively.

Warning: You might be at the risk of swooning at this handsome lineup when it hits theaters!