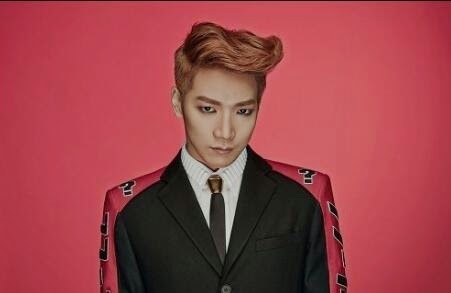 2PM member Jun.K is making a statement through his solo career, proving himself as a true musician on the way.

The idol member successfully finished his first Japan solo tour, which began earlier this month in Osaka. Jun.K has performed in a total of 6 cities, taking the stage for 10 concerts in Fukuoka, Chiba, Nagoya, Sapporo and Tokyo.

The singer's last concert was held in Chiba from May 26-28. Jun.K reportedly filled his solo tour in Japan with explosive vocals and impressive stage performances, which is exactly what the singer wanted to show fans.

"I want to show what I do. To be honest, everyone knows me as a 2PM member, but they don't know much about Jun.K. If I don't clearly show what I do and what I can do, then of course, people won't know," stated the 2PM member in an interview with Singles magazine.

The singer continued, "It's regretful that I only get to promote as a solo artist in Japan, but I want to show who Jun.K is through this opportunity."

Through this solo tour and his debut as a solo artist, Jun.K proved his skills as a songwriter as well, preparing his concert with self-composed songs.

The singer pleasantly surprised fans by playing the piano along with one of his soft, ballad songs.

As part of an ultra-popular K-Pop group, Jun.K clearly knows how to give fans the full concert experience. The 26-year-old heartthrob reportedly held a surprise event in which he invited one fan up on stage that he can serenade.

His fellow 2PM members also made surprise appearance at each of his concerts to show their support for the launch of his solo career.

During his interview for the June issue of The Star magazine, Jun.K expressed his thoughts on the success of his album "Love & Hate," according to Allkpop.

"When I heard that I was #1 in Japan, I cried. The feeling was different somehow. I've really been running [towards my dream] without rest since last December. I am normally a perfectionist, but I even think that my perfectionism went a bit overboard this time," stated the singer.

He added, "Fortunately, it led to good results, and I am sorry and thankful to everyone who helped me."