[News] 2PM, postponing its comeback.. GOT7 is coming first 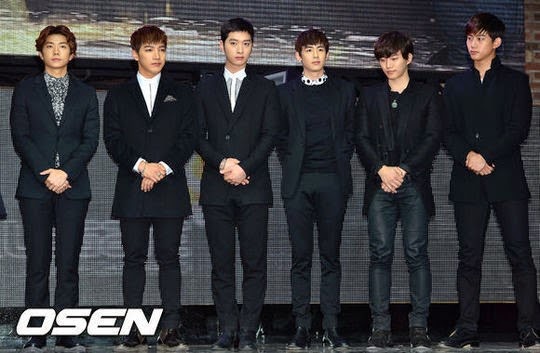 Idol group 2PM postponed its comeback that was actually scheduled to release its new song in the first part of June.

They are going to postpone it in the second half of the year, after July. However, their same entertainment junior singer GOT7 is coming back first in the coming June.

2PM had scheduled to come back in early April, however, they had postponed it to the first week of June due to Taecyeon’s drama schedule. 2PM that prepared energetic new song decided it would be better to delay their comeback and give way to their junior.

Their comeback was meant to be a meaningful turning point since they built popularity in Japan and Nichkhun made his romance open to public. Individual activities of the members were successful; Junho who became a new star in the movie world, Wooyoung appealed his charm in MBC ‘We Got Married’, Taecyeon got good assess with his acting skills in KBS ‘Very Good Times’. It is time for them to make hit-songs as a group. Their comeback has been delayed for a long time, however, they are determined to surprise the public and their fans with their best-quality comeback.

GOT7 is a rookie group, who was planned to comeback in the middle of June but came back in the beginning of this year, getting hot response than expected. Their outstanding visual image and high-skilled performance is attractive. Their second activity is highly expected to get interest.