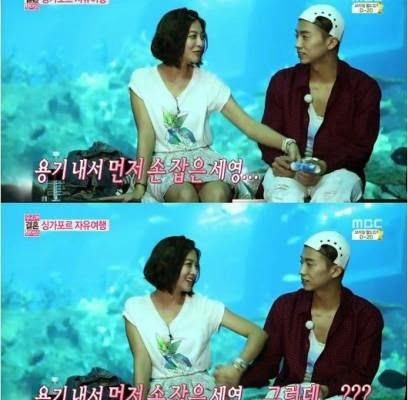 After their wedding last week, Wooyoung and Park Se Young went on a date to an aquarium on the May 24 installment of 'We Got Married'.

Wooyoung brought out his aegyo, asking Park Se Young to buy him cotton candy and licking it off his fingers. He made sure to show the actress his manly side too as he quickly gave her his jacket when she said she was cold.

Later on, Park Se Young attempted to hold his hand but failed when he moved it away. She said during her solo interview, "I held his hand... I got up the nerve, but I was rejected."

Artikel Terkait [News] 2PM Wooyoung and Park Se Young have an aquarium date on 'We Got Married' :