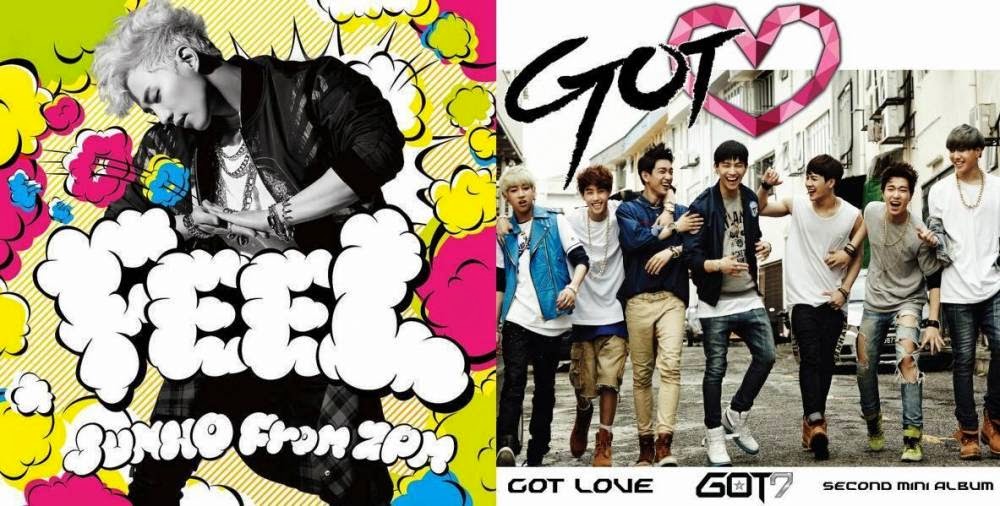 2PM's Junho's 'FEEL' and GOT7's 'GOT LOVE' ranked in the Top 5 on Japan's Tower Records World Chart!
According to Tower Records on the 11th, four different editions of Junho's second Japanese solo album 'FEEL' swept the Top 4 of Tower Records' daily world sales chart on the 10th, a day after its release on the 9th. GOT7's second Korean mini-album 'GOT LOVE' also came in at #5, showing some JYP Nation love on the charts.
The 2PM member will hold a total of 12 concerts in 5 cities across Japan and will continue his tour in Fukuoka, Nagoya, Osaka, and his final concert in Nippon Budokan, Tokyo on August 12-13. Check out his Japanese website for the full schedule here!
Congrats, Junho and GOT7!

Artikel Terkait [News] 2PM's Junho and GOT7 rank in the Top 5 on Japan's Tower Records chart :