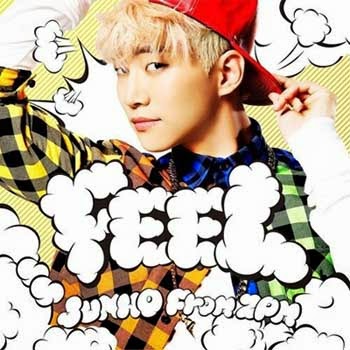 2PM's Junho is explosive in Japan even when he's alone.

2PM's Junho Hits No. 1 on Japan's Oricon Chart with 'Feel'

Feel was produced by Junho himself, and contains a total of five tracks - the title song Feel, Dangerous, Next to You and more.

Junho will continue his success in Japan with a Japan tour. His Japan tour Junho Solo Tour 2014 - Feel launched in Sapporo on July 3. It will continue through Fukuoka, Nagoya, Osaka and Tokyo.