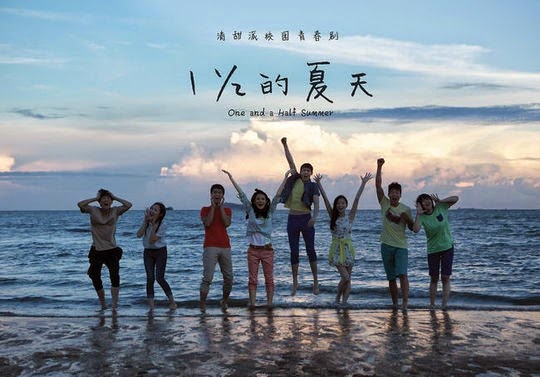 2PM member Nichkhun has become a drama star in China with drama ‘One and a Half Summer’ which he appeared in.

‘One and a Half Summer’ is a 27-episode campus drama broadcasted from June, 23rd to July, 2nd. Nichkhun appears as ‘Zhang Hao’ who is an American-Chinese character that goes to China as a student in order to find his first love who he met while travelling.

It was exclusively broadcasted by Dragon TV and on main Chinese video websites, totaling more than 400 million people who watched it.

It also proved its popularity by ranking 1st in entertainment searched ranking of ‘Baidu’ which is a maximum Chinese portal site and by ranking 3rd in the video searched ranking of Weibo which is a representative SNS in China. It also ranked 1st in the Chinese drama section of ‘Yokutodo’, which the video website share within China is 80%, throughout the period when it was broadcasted.

JYP entertainment conveyed, “2PM member Nichkhun has become a new drama star by strengthening his position as an actor with drama ‘One and a Half Summer’ in China.”

Meanwhile, miss A member Jia, who is same affiliated in JYPE as Nichkhun, and Chinese actor Daxun Wei appearance in the drama together made headline by getting hot response.