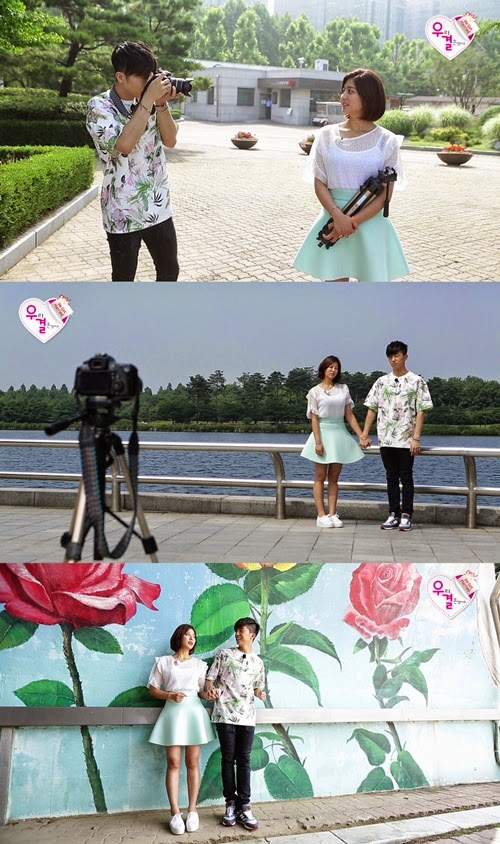 July 5’s broadcast of MBC’s We Got Married will show the Wooyoung-Se Young couple forming a duet group and making hand-made CDs.

Feeling slightly disappointed that their duet song soon disappeared from the music charts after it was spotlighted for a short time, Wooyoung decided to make CDs in order to begin further promotions.

After shooting jacket photos for the album, the two decided to film a music video, bringing out laughter by bringing out a vintage feel in the video.

Once arriving in the waiting room of MBC, the two started picking out photos to be used for the CD and decided to name their group ‘YY,’ taking initials from their names.

Watch the full episode on July 5!