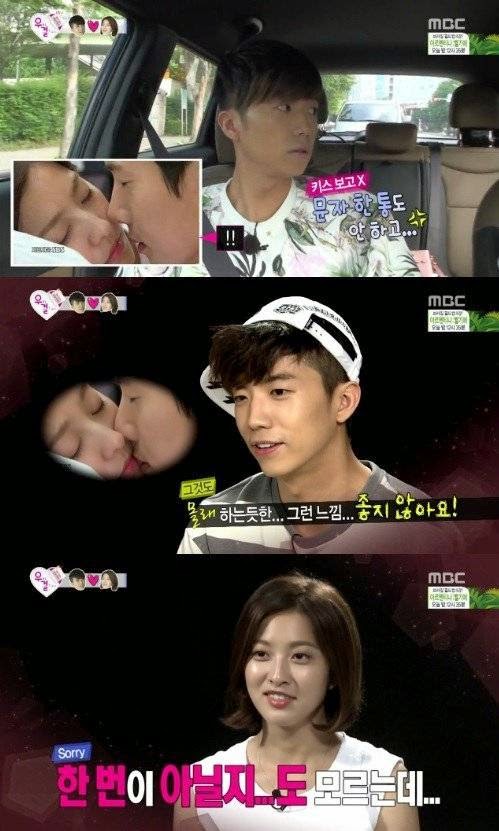 On the July 5 edition of 'We Got Married', the couple promoted their recent duet song composed by Wooyoung, "Holding Hands" ("Intertwined Hands"). Park Se Young and Wooyoung were on a drive when the idol star brought up her kiss scene with Lee Sang Woo in the SBS drama.

He complained, "And you didn't even send me one text." The actress responded, "I was busy," to which he said, "You should have even if you were busy. I can't believe he kissed you while you were sleeping."

Wooyoung shared during his solo interview, "The drama just recently started... I'm going to point out if the scene was actually needed." Park Se Young also said, "Wooyoung's saying that the guy's weird for kissing me secretly. I should talk to him about it later, but I don't know if there's [only one kiss scene]."