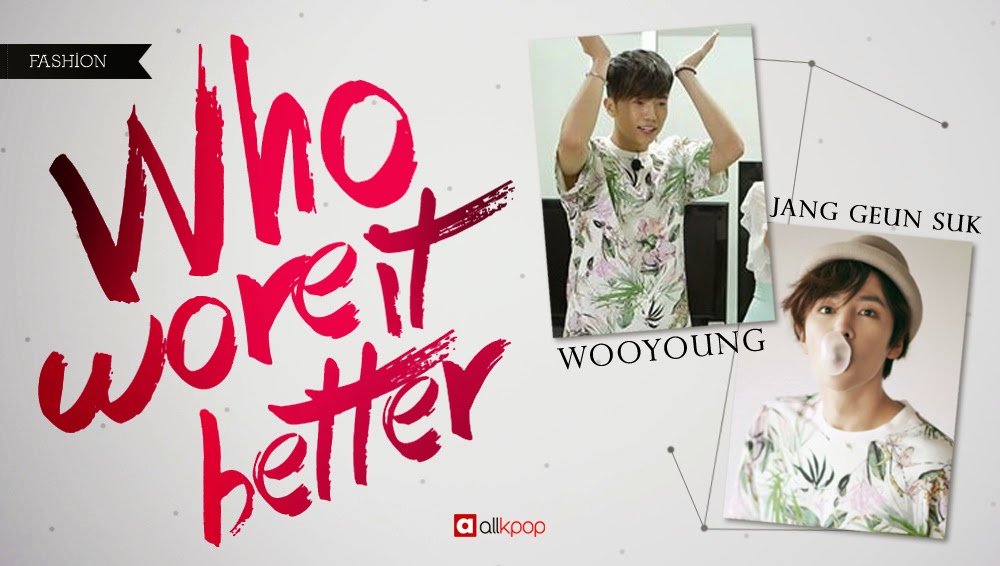 Yesterday we provided some extra sweet eye candy for readers with photos of actor Jang Geun Suk from his cover spread in 'The Star' magazine.  However, his good looks weren't the only thing that caught our attention.  It has been noted that 2PM's Wooyoung previously wore the same floral and leaf printed shirt on the July 12 episode of 'We Got Married' -- the same shirt that Jang Geun Suk donned on the cover!  Let's see which fashionable star wore the style best on this 'Who Wore It Better.'

Jang Geun Suk opted for the tropical, beach-vacation look—he paired the shirt with white pants and a light rounded fedora.  Wooyoung, on the other hand, opted for a more casual look by sporting black pants and sneakers with the shirt, rocking the classic "Oh, I just threw this outfit on" vibe.

Considering Jang Geun Suk wore the shirt during a high fashion photo shoot, whereas Wooyoung wore the shirt on a skating/naengmyun date with his on-screen wife, it seems as though "Asia's Prince" had the slightest bit of an unfair advantage.

Wooyoung did pull off the look even while wearing a yellow mushroom helmet, which deserves extra props.  However, Jang Geun Suk's photo concept worked perfectly with the printed shirt, and the bubble gum just added the perfect amount of carefree summer flair to a perfect outfit. 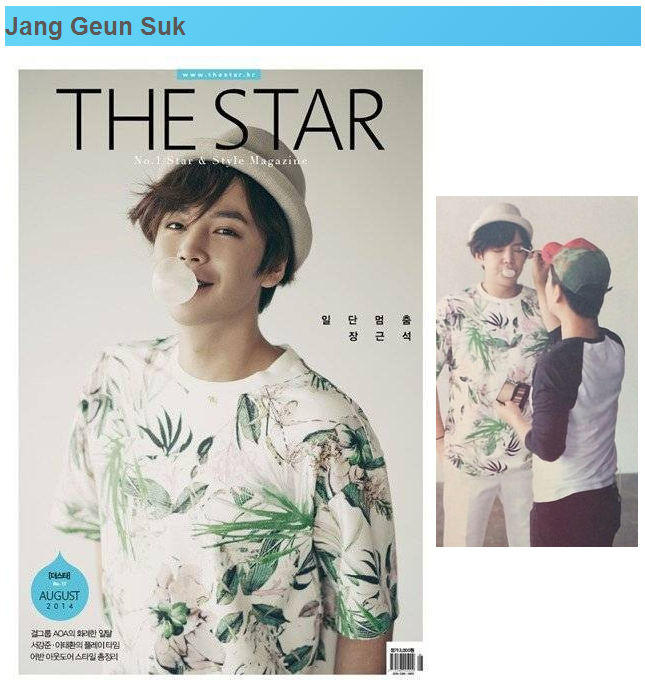 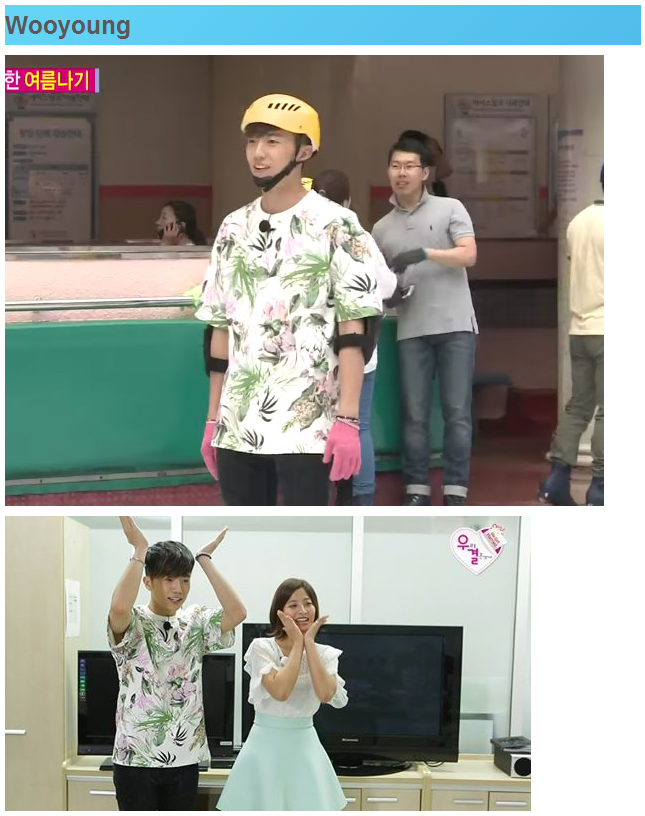