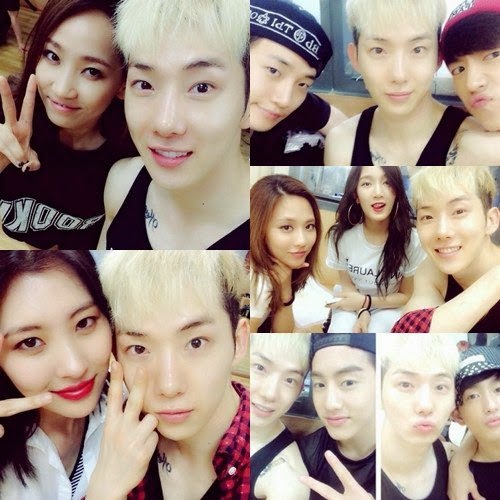 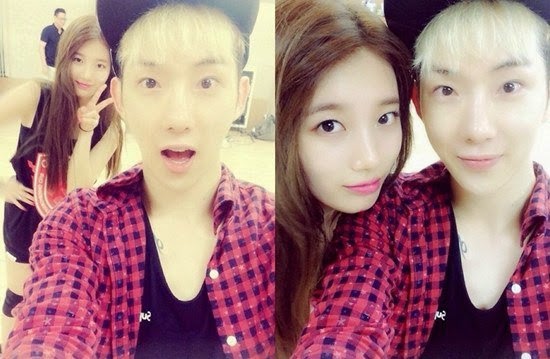 JYP Entertainment artists are currently hard at work for their upcoming concert, “2014 JYP Nation – One Mic.” Jo Kwon‘s recent uploads on his Instagram account show multiple photos that he took with fellow JYP artists while practicing, the concert being just around the corner.

The concept of the concert is that one mic is shared amongst all the artists of JYP Entertainment. Park Jin Young revealed this in their exclusive “One Mic Talk” interview, where other JYP artists also gave shoutouts for the upcoming concert.

miss A‘s Suzy said, ” I am really looking forward to it [our concert]. We have been preparing a great deal, and I hope that many people will come see our performance.”

Sunmi explained, “This will be my first time participating in the JYP Nation concert so I am very excited. Given that our JYP family has grown larger, I believe our concert will produce a solid performance.”

Jo Kwon added, “We have prepared a diverse performance that all of you can look forward to, so make sure to save the date.”

The tour locations are set in Seoul, Hong Kong, and Japan. It will begin at the Jamsil Indoor Stadium in Seoul on August 9 and 10, move to the Hong Kong Asia World Arena in Hong Kong on August 30, and conclude at the Tokyo Yoyogi National Gymnasium in Japan with performances on September 5-7.

The concert will feature JYP artists miss A, Sunmi, HA:TFELT, GOT7, 2PM, 2AM, 15&, Baek A Yeon, Bernard Park, and Wonder Girls‘ Yubin.