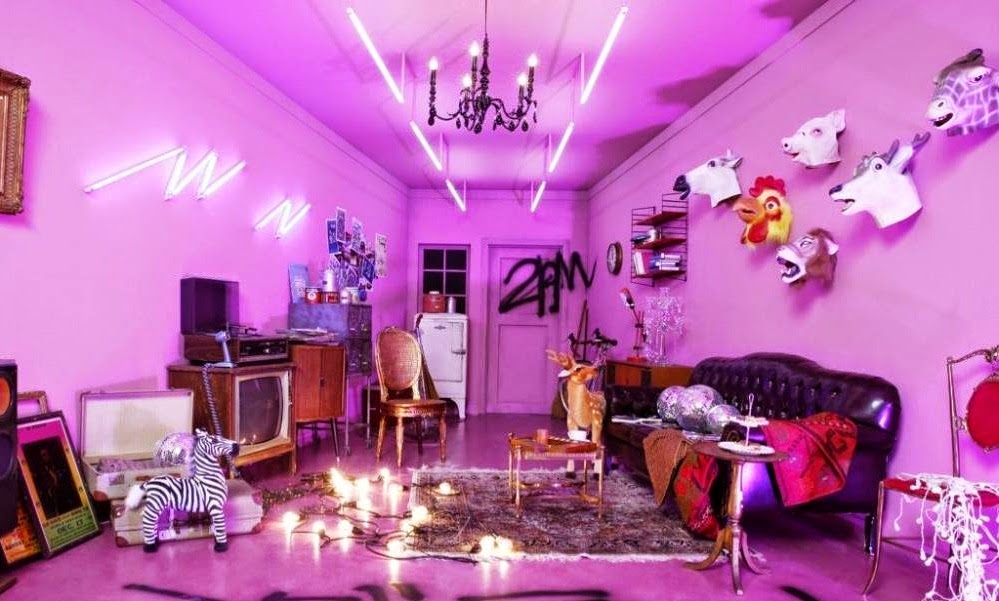 2PM has released a teaser picture for an upcoming Japanese track!

Without much explanation, a picture of what appears to be a MV set was uploaded onto JYP's Japanese Twitter and website, but it is expected to be a song that will have a Korean version, as well.

The picture itself is sure to get fans amped up for the track release with the magenta hue and quirky nature (such as the "animal heads" on the wall), so stay tuned for more updates! 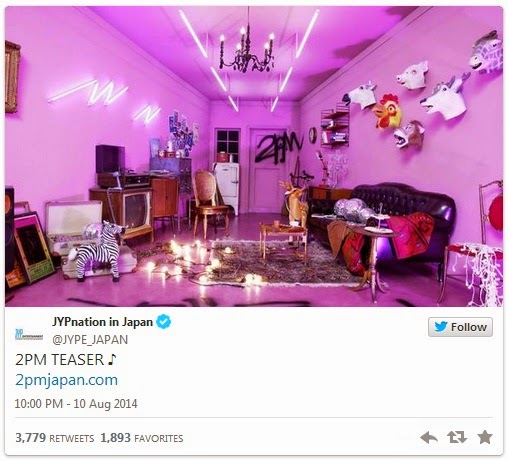