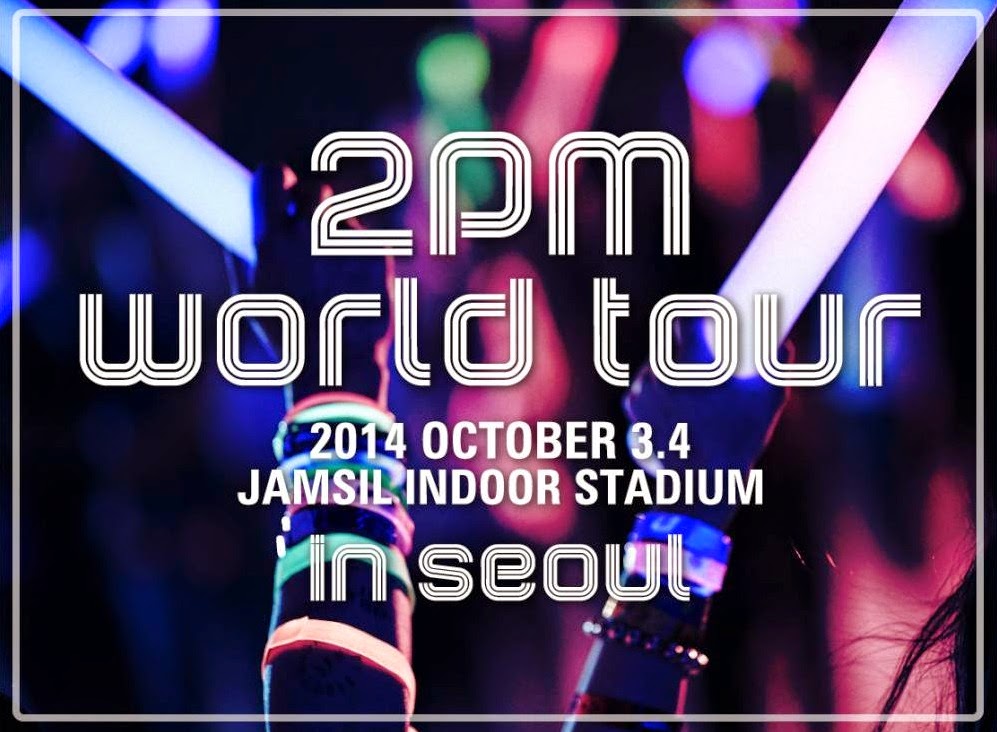 2PM will be kicking off their world tour in October!

They'll be opening up in Seoul on October 3rd and 4th, and then go all around the world in Taiwan, China, USA, Indonesia, and more. The boys are going to be releasing their newest album next month, so fans will be able to see the new songs performed, as well as all the songs the members' composed themselves.

The boys will be having a comeback in September with Jun.K's song as the title song! Stay tuned for more information on both the world tour and their comeback.

Artikel Terkait [News] 2PM to kick off their world tour in October starting in Seoul :