[News] 2PM Chansung visited Junho’s solo concert in Japan and cheered him…. What a good friendship! 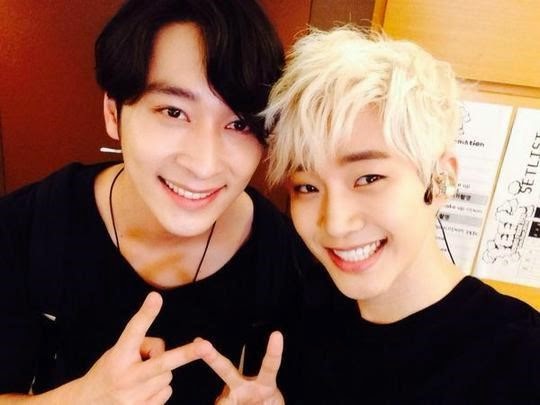 [OSEN=Yang Ji Seon] A member of 2PM, Chansung visited Junho’s solo concert in Japan to cheer him up.

In August 1, Junho posted a photo with comment in his Twitter, saying, “Chansung came to see me, thanks”.

In the released picture, they stood closely and posed ‘V’, smiling.

Netizens reacted by saying, “2PM is devoted to one another”, “Chansung is really kind”, “Junho’s solo concert, Go! Go!” and so on.

Meanwhile, Junho released his second Japanese solo album ‘FEELING’ and has conducted his solo concerts in 5 cities of Japan.