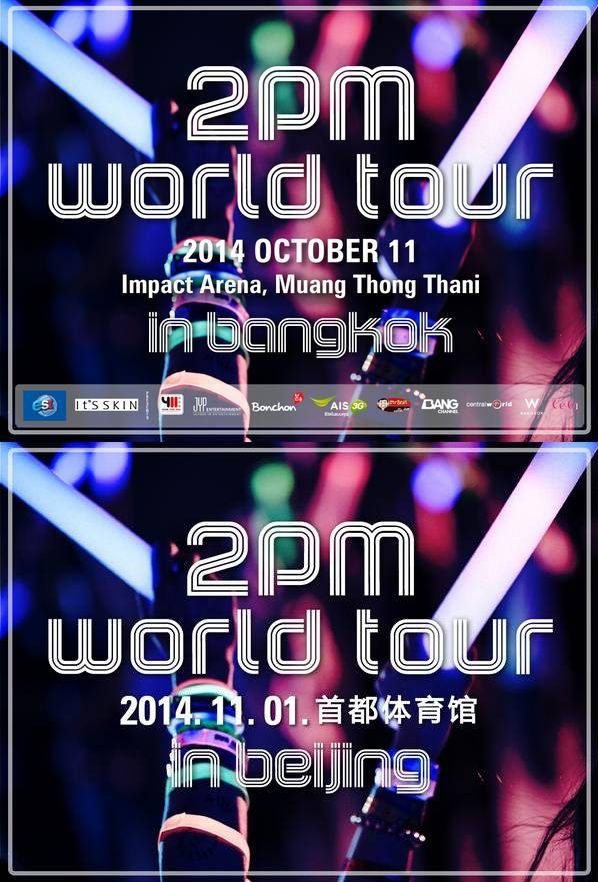 2PM has announced their tour dates in Bangkok and Beijing!

They'll be opening up in Seoul on October 3rd and 4th, and then go all around the world in Taiwan, China, USA, Indonesia, and more. They've now announced that they'll be in Bangkok on October 11th and in Beijin on November 1st. The boys are going to be releasing their newest album next month, so fans will be able to see the new songs performed, as well as all the songs the members' composed themselves.

The boys will be having a comeback in September with Jun.K's song as the title song! Stay tuned for more information on both the world tour to hear if they'll be performing where you can see them!