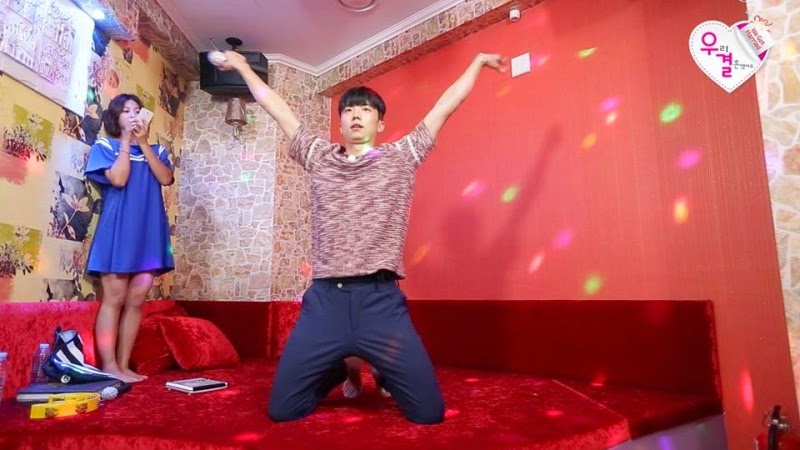 2PM’s Wooyoung was seen looking nervous as he was singing a congratulatory song at a wedding.

In the “We Got Married 4” episode that was aired on August 9, through an online poll, Wooyoung and Park Se Young couple got second place in making camp food and are seen giving a congratulatory gift at a wedding of a non-celebrity.

On this day, the couple received a mission card from the staff. Their mission was to drive to Daejeon by 1 p.m. and sing a congratulatory song at a wedding for winning second place in the poll that was held for cooking camp food.

After receiving the mission, the couple hurriedly got into the car and drove down to Daejeon. They had a sweet moment when they stopped at a rest stop and ate the lunch box that Wooyoung prepared. 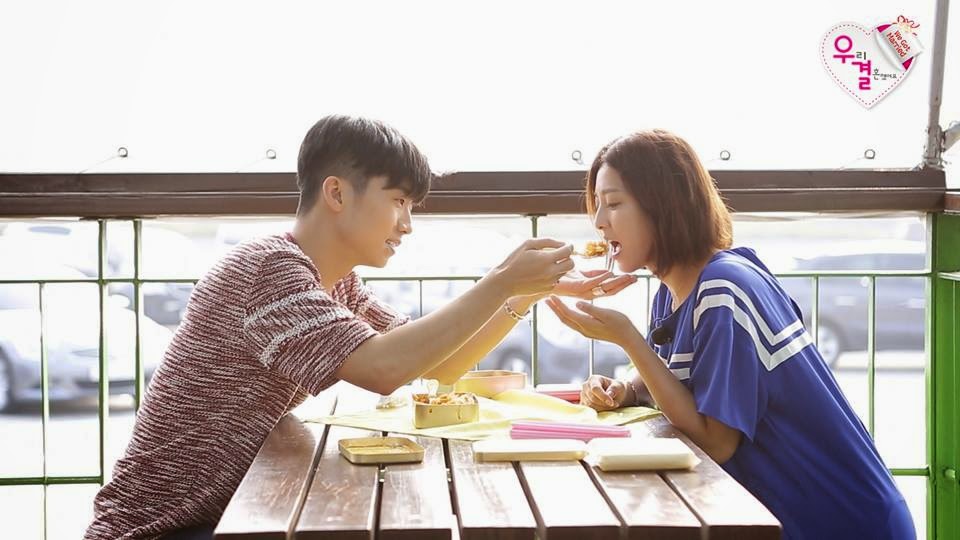 When they arrived, before heading to the wedding hall, they first visited a karaoke studio. Their first song was “Two Hands Intertwined” but they never officially practiced it before.

Park Se Young and Wooyoung sang the song several times in order to memorize the rhythm. Afterwards, the couple made each other laugh as they sang 2PM’s songs and songs sang by a female singer named Paige.

In order to calm their nervousness, they intertwined their fingers, just like their song, encouraging each other.

However, unlike the time they practiced, when Wooyoung stood in front of the guests, he was seen singing with a stiff expression, making many laugh. On the other hand, Park Se Young had a brighter expression compared to when they were practicing. Wooyoung made a mistake as he greeted the guest with a stiff expression during the interlude. He also made a mistake of saying Park Se Young’s name instead of his own.

Afterwards, during Park Se Young’s interview with the staff, she informed them that she felt perplexed when she missed the beat because of Wooyoung’s mistakes. After they finished singing, the two wiped off the sweat on each other’s face and complimented each other by saying, “You did well.”

You can check out the stills from this episode as well as the couple’s cute performance below!

Artikel Terkait [News] 2PM’s Wooyoung and Park Se Young Nervously Sing at a Non-Celebrity’s Wedding on “We Got Married” :