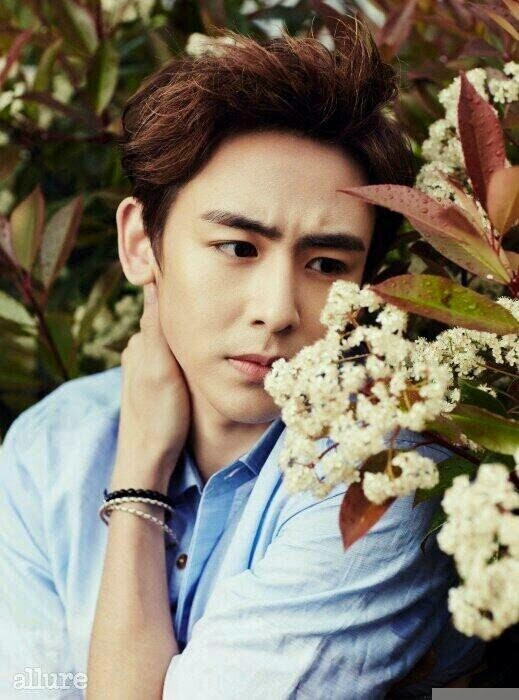 While a lot of people are having fun raising awarenss for ALS with the Ice Bucket Challenge, 2PM's Nichkhun has a lot to say on the matter.

Many idols have jumped on the bandwagon of the Challenge to pour ice/ice water on themselves and pay-it-forward by tagging other people. The challenge is supposed to lead to people either donating $10 to an ALS charity if they fulfill the challenge within 24 hours, or donating $100 if they don't.

However, Nichkhun decided that the use of water for the Ice Bucket Challenge doesn't send a good message.

Many people in the world lack access to safe and clean water, and droughts affect even the wealthiest of countries. Nichkhun has seen firsthand how people all over the world need more water, and perhaps is trying to raise more awareness for the need for more funds for clean water around the world.

In 2013, Nichkhun became an ambassador for Korea International Cooperation Agency (KOICA,) and participated in a volunteer trip to Tanzania where he and several other idols helped repair buildings and gave out food and water.

ALS, formally amyotrophic lateral sclerosis, also known as Lou Hegrig's Disease, affects nerve cells in the brain and spinal chord, which leads to loss of motor skills and eventual death. The New York Times reported that the ALS Ice Bucket Challenge this summer funded over $41 million of donations to ALS foundations all over the world, and has helped raise awareness for a disease that most people do not come in contact with on a regular basis.

Nichkhun does not say what organization he is donating to, but even if he didn't join in the challenge it is nice to see another idol donating to a good cause.