[News] 2PM to Kick Off World Tour in Seoul in October 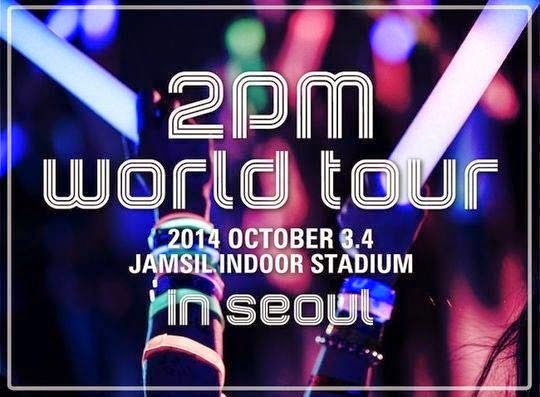 With a September comeback well on its way, 2PM will be kicking off its world tour in October.

2PM to Kick Off World Tour in Seoul in October

On August 11, JYP Entertainment announced that 2PM will embark on its 2PM World Tour, starting on October 3 and 4 at the Jamsil Indoor Stadium in Seoul. Following Seoul, the group will head out of the country to Thailand, China, USA, Indonesia, and other countries to be listed.

2PM will perform its greatest hits from past albums, as well as the new tracks that will be unveiled through its fourth album, to be released in September. With the 2PM members directly involved in the production of the new album, expectations are high for the upcoming concert tour.

Ticketing will start on August 12 on Interpark.

2PM will return in September with a title song, composed by Jun. K.

Artikel Terkait [News] 2PM to Kick Off World Tour in Seoul in October :