David Nins Blog
Home » 2pm » member:wooyoung » news » [News] 2PM’s Wooyoung and Actress Park Se Young Show Affection For Each Other While Getting Ready to Sleep in “We Got Married” 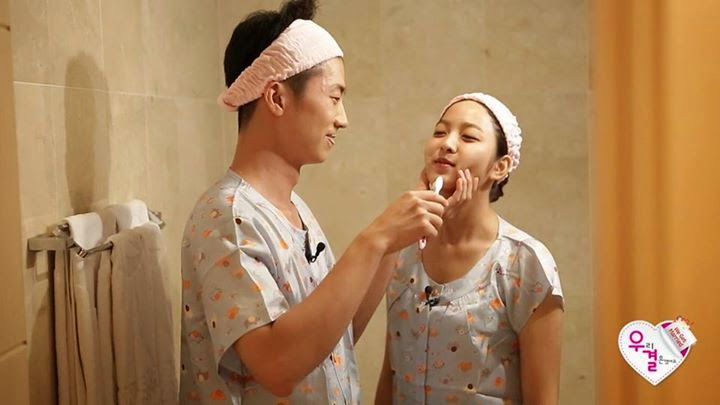 The on-screen couple of Park Se Young and Jang Wooyoung of 2PM were shown getting ready for bed in the latest episode of “We Got Married.”

On the August 16 episode of the on-screen reality couple show, Park Se Young and 2PM’s Wooyoung moved in to their new house wherein they will live together.

In this episode, the two showed their satisfaction with their new house. Although it is not bigger than their older house, it has a charm that has appealed to the couple. Recalling what her “We Got Married” senior Hong Jin Young said, Park Se Young mentioned that “A honeymooner’s house is better when it’s smaller,” and laughed.

During the interview, Wooyoung showed his appreciation of Park Se Young and mentioned that he thought his on-screen wife was beautiful and cute when she drank beer for him.

After having dinner, the two got ready for bed and went to clean themselves up in the wash room. The two love birds were adorable while playing around in the washroom. Park Se Young took Wooyoung’s toothbrush and brushed his teeth for him and after she finished washing her face, Park Se Young also helped Wooyoung wash his face, showing how affectionate she is.

Wooyoung also showed how sweet he is as an on-screen husband and helped Park Se Young with putting on her night cream using Park Se Young’s special method.

See more of this sweet couple in the next episodes of “We Got Married” which airs every Sunday on MBC. 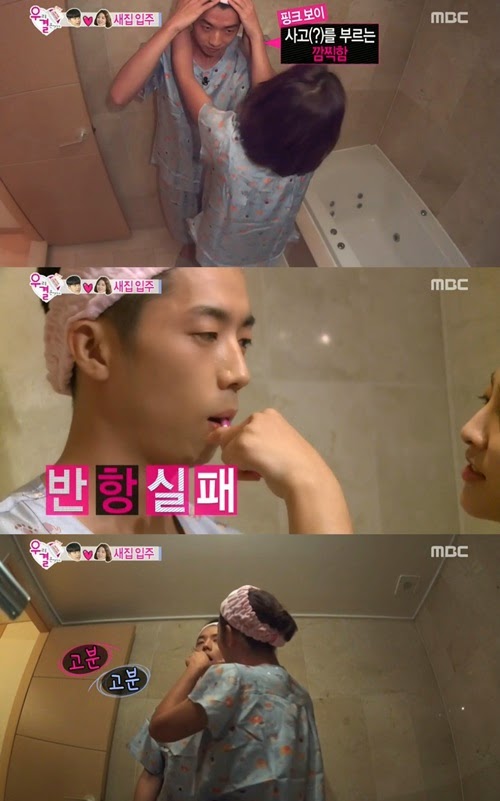 Artikel Terkait [News] 2PM’s Wooyoung and Actress Park Se Young Show Affection For Each Other While Getting Ready to Sleep in “We Got Married” :