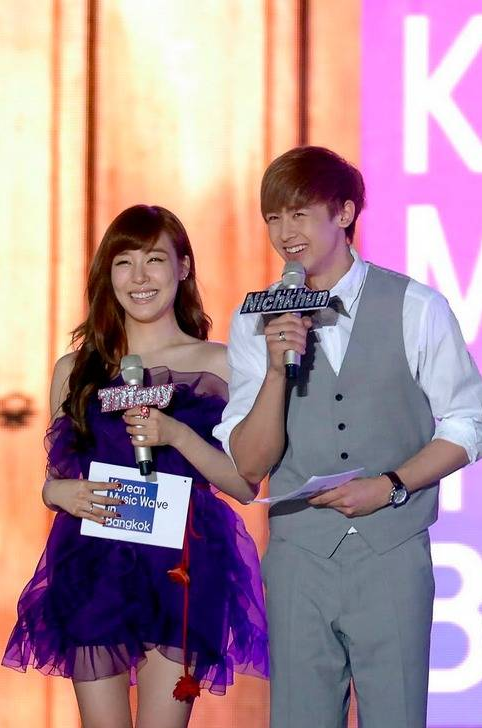 Nichkhun held a 'crazy' fan talk on his Twitter on the 15th during which a fan asked Nichkhun, "what does pink mean to you", and Nichkhun replied, "the most beautiful color~ = ]."

Fans quickly caught on that the question was referring to Tiffany, whose favorite color is pink, and the quick-witted Nichkhun also didn't seem shy to express his romantic side once again.

With both of them promoting at the same time, it looks like fans might get to catch some KhunFany moments on music shows soon!