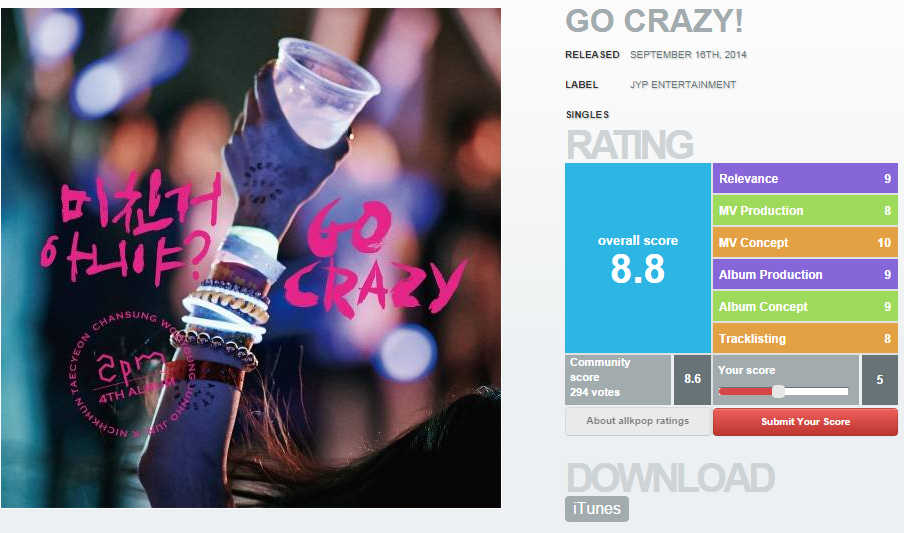 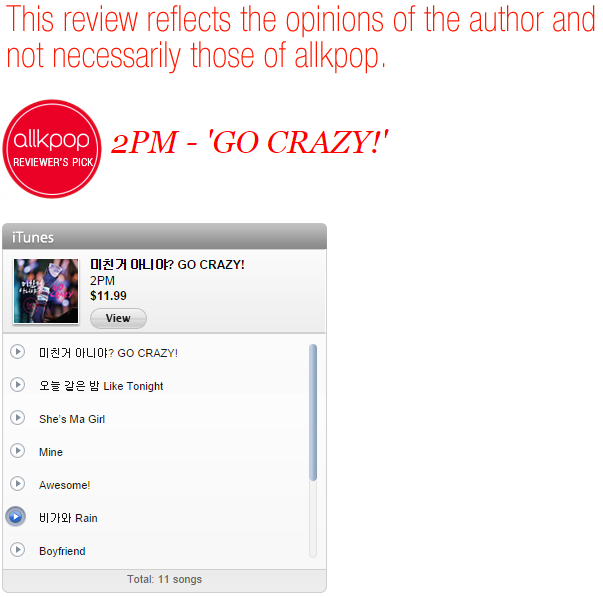 The Beastly Idols are back and ready to party with their fourth full-length album. With several hits and awards to their credit, 2PM tends to raise expectations before any releases. Does 'GO CRAZY' measure up? Let's find out...
The first track, "Go Crazy," is a maddeningly catchy song that gets trapped in your skull. Composed with a disco and house base, it was written, produced, and co-composed by Jun.K. Unsinkable, upbeat, and cheery, when this song is playing, there's nothing to do but dance. 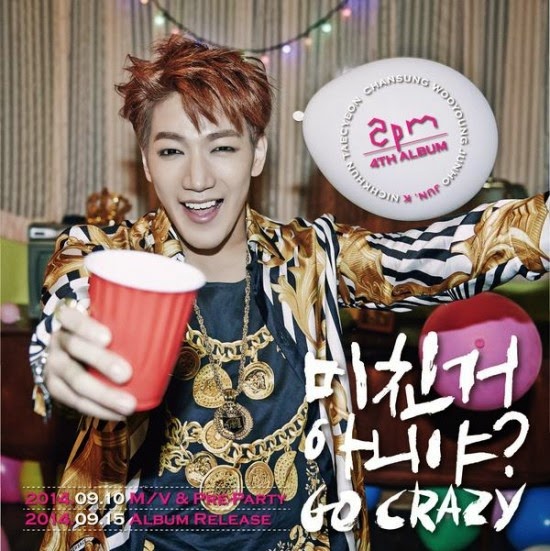 "A Night Like Tonight," a danceable and fun track, starts with an English fail: "So beautiful night." It doesn't spoil the rest of the track, which has a great R&B feel to it, and the mid-tempo tune is kicked up a notch by Taecyeon's rap in the middle and the end.

Moving on to "She's Ma Girl," this song starts with a sax and continues with retro horns as it progresses into the main tune. The boys' vocals are layered around a piano and guitar. They sing their hearts out here, particularly Jun.K and Junho. The only problem I have with this track is that it doesn't grab me. I want it to go one way while I'm listening and it consistently switches gears on me and goes another way. It makes for a somewhat disjointed listening experience. YMMV. "Mine" is a sweet and smooth dance tune with the raps and singing parts meshing seamlessly.  At times, it reminds me of 70's era disco, and I could almost see the members of 2PM with open collars and gold chains. According to the lyrics, he has to get the girl.

The fifth song, "Awesome," is not quite what the title suggests. It starts out as dance/electropop, and at times, it almost loses its way, but is brought back on track by the rap segments.  Part of the problem is the falsetto, I think. The song is still hook-filled, the boys singing around an R&B guitar lick. It's about desire for a girl, how she looks "so awesome." 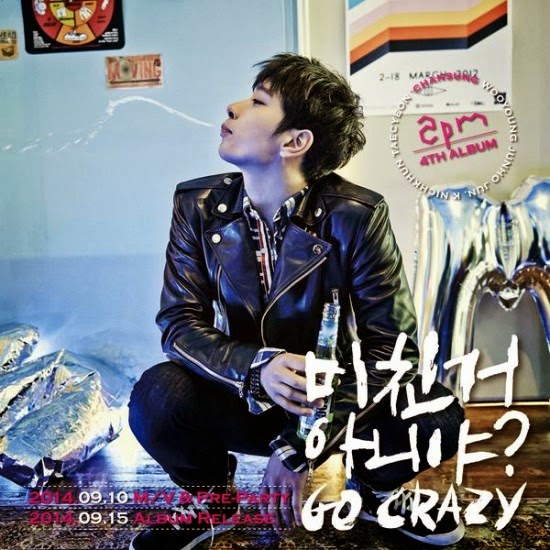 The next track, "Rain is Falling," ratchets down the tempo, a somewhat abrupt transition from the rest of the album. The tune is a nicely-crafted piece of songwork, easily at home on a soft-rock station. It equates rain to sadness and tears falling, and does this well.

"Boyfriend," not to be confused with the band of the same name, is another slow near-ballad that isn't quite as out of place as the last track, possibly because "Rain" set up the tempo for this one. Piano, R&B guitar, and heavier drumming contribute to this track.  Ballads aren't quite my cup of tea unless there's something original about them, so I wasn't enamored with this tune. The lyrics are about a guy who's been friend-zoned. "Pull & Pull" is full-on balladeering with earnest-sounding vocals that tell of wanting to be together with the one you love. The lyrics are what you'd expect a ballad to be about: love. The title is presented as an alternative to the phrase "push and pull," and is trying to say instead of give and take, he's only giving.

"Farewell Trip" is where they kick it up again; another great track written by Jun.K. Breathless vocals evoke excitement and raps help keep the time. Junho and Jun.K knock it out of the park again; Taecyeon's raps are pretty awesome here and spaced out throughout the song, so it doesn't follow the tired verse-verse-rap-verse formula. "Farewell Trip" has elements of R&B, house, and pop fused together nicely. 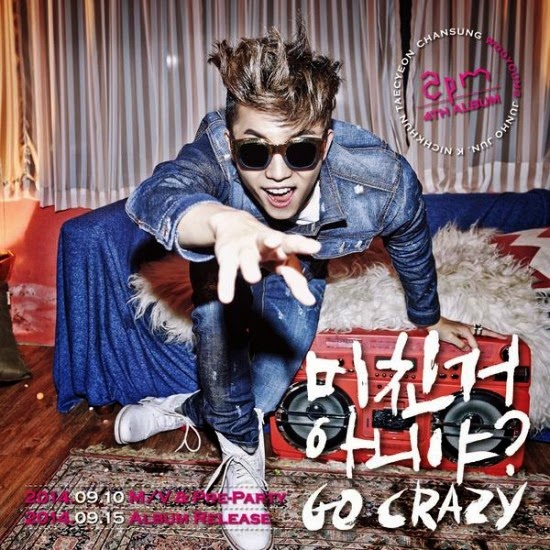 The last two tracks, "Beautiful" and "I'm Your Man" are Korean versions of songs originally released on their Japanese albums. I generally like the Korean versions of K-Pop songs better than the Japanese ones; the ones released for the J-Pop market tend to be not as skillfully done and less satisfying, at least to my ear, and contain more out-of-context English. "Beautiful" is a smooth track, and "I'm Your Man" is a frenetic dance tune. The two songs lose nothing in translation and are superior to their original versions for the reasons I've already stated.

This is a really good album. Aside from the slow parts, it comes in and grabs you, and continues to shake things up on the way out. It leaves you feeling like you want to party, and that's a great thing. Jun.K was responsible for a couple songs, and Taecyeon wrote about half the raps for the LP. Chansung contributed to some tracks, as well, which probably explains why this album is a natural fit. It's rare for a K-Pop band to have much to do with how they're portrayed or what they sing, but 2PM is the exception, and it works extremely well here.  Kudos! 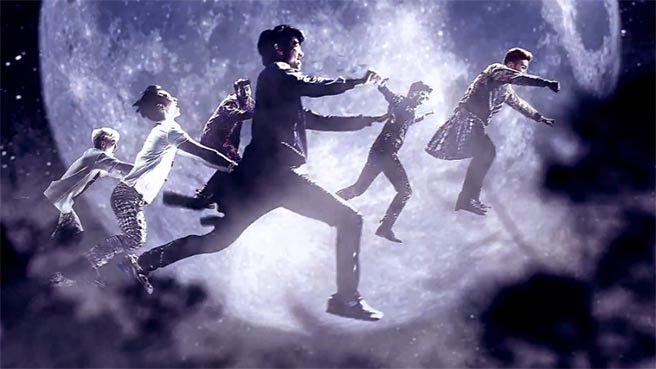 Where to start? Okay, I'll jump right in.
The video is a crazy good time, if you'll pardon the pun. The boys start in one room, and burst--Kool-Aid Man style--into another, and another... Bright colors, strange outfits, and a pumping track help keep things moving.
Does it make sense? No. But at least you can tell what's going on. There's no obscure symbolism here or even the semblance of a plot. The way they move from room to room on camera was a nice touch, explaining the transitions between environments fairly well (which most MVs, frankly, do not do...you're just expected not to ask). The dancing seemed freestyle at some points, just sort of cutting them loose to do their own thing, a tip of the hat to the title certainly. The boys flying in front of a full moon was definitely inspired by E.T. and made me laugh. 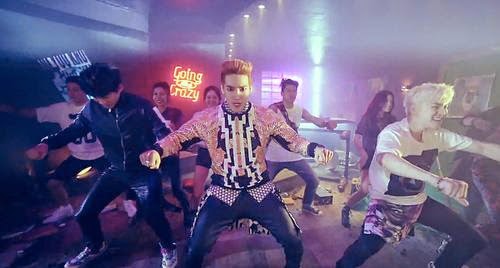 I think the title "Go Crazy" also applied to the stylist. While the clothes were odd, I think the one that took the cake was Nichkhun in that hideous pink and black floral print suit -- I don't think anyone could rock that look...or should. Maybe they were partying with whatever they'd 'Grown' last year. Apparently filming was crazier than they wanted, since a fire broke out on set.
Entirely watchable and interesting, and at times humorous, you won't really know what's going on, but you'll be having such a good time you won't care.
Source: allkpop
[Album & MV Review] 2PM - 'Go Crazy' 2014-09-16T10:12:00-07:00 Rating: 4.5 Diposkan Oleh: Tips SEO Youtube 2019