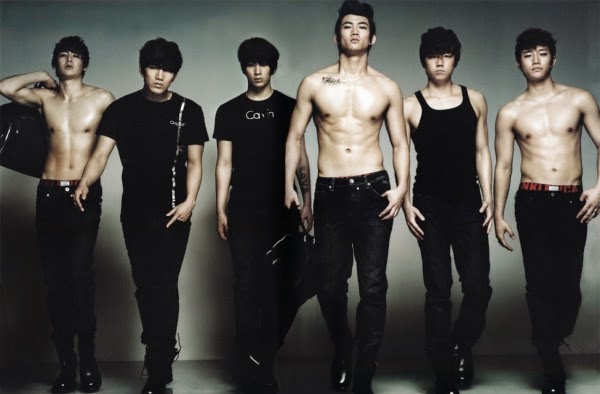 K-Pop boy group 2PM was featured on the latest episode of KBS2TV's "Entertainment Relay." During the episode, the guys went to the Lotte World amusement park and talked about how they deal with differences among the members.

Junho was excited to enjoy a late summer day at the amusement park and said, "It was really fun. Because we went outside into the sunlight and rode what we wanted, I was so happy."

Jun.K then revealed how they deal with different opinions saying, "We always discuss it all together." Junho also added that they often compromise with each other. "Even if a member does something that we don't understand, we have to try to understand him," he explained.

The 2PM members were also asked about how the group manages payment for their group activities. Wooyoung openly shared, "For several years, we decided to split [the pay equally among the members] so we wouldn't fight about [money]." When asked, "Did you fight?", Wooyoung added, "After that, we fought so [now each person gets his individual pay in full]."

As for which member is most suited to their song "I'm Your Man," most of them picked member Nichkhun. A follow up question was posed to Nichkhun by the show's reporter who asked, "Can you confidently say that 'I'm your man'?"Nichkhun was very condifent to asnwer saying, "I'm confident."

The 2PM members were also asked to describe what word could best describe their relationship as a group. Nichkhun answered, "Family. We're really like a family." While Taecyeon jokingly replied, "2PM is not 'crazy'."

Artikel Terkait [News] 2PM Members Talk About Their Relationship With One Another On 'Entertainment Relay' :