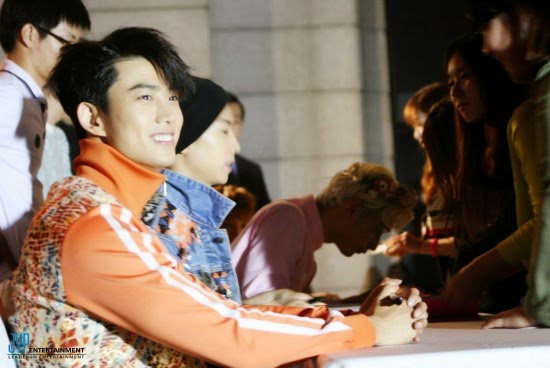 To commemorate the release of their fourth studio album, 2PM had a special fan signing event on September 25 at 9PM KST.  The event was held at the Hallyu Star Street with hundreds of fans in attendance.

The members brightly greeted their fans, made hand prints that will be displayed on the Hallyu Star Street, and then engaged in the fan signing event.  The members looked like they were having a great time during the whole event, clearly excited to see their fans. They exchanged words briefly with each fan that came up to them.  The fans were not only Korean but also Japanese, Chinese, Thai, Malaysian, and more, showing the global popularity 2PM boasted.

2PM stated, "We are really grateful to all the fans who came.  All of you, be careful of colds, be happy, and get home carefully.  We love you." 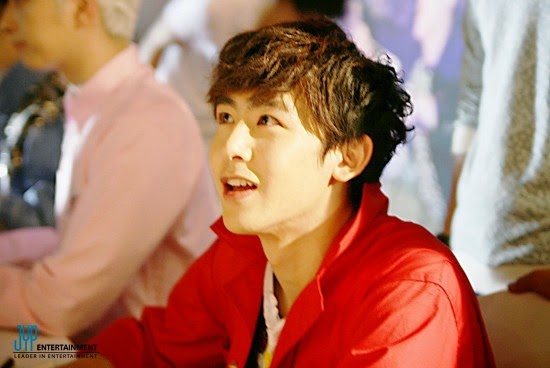 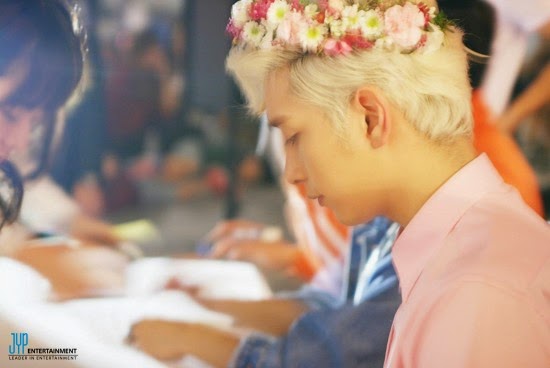 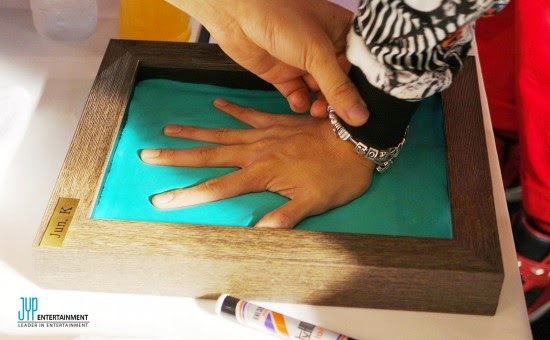 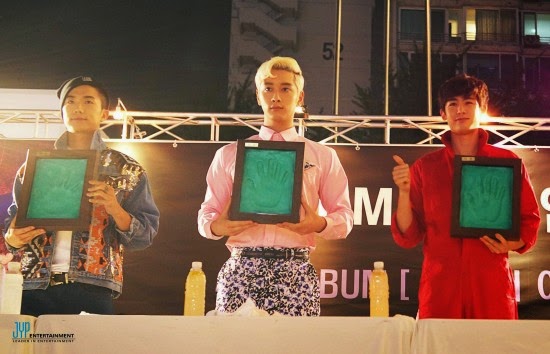 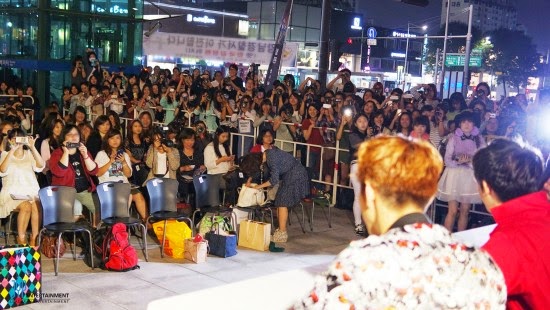 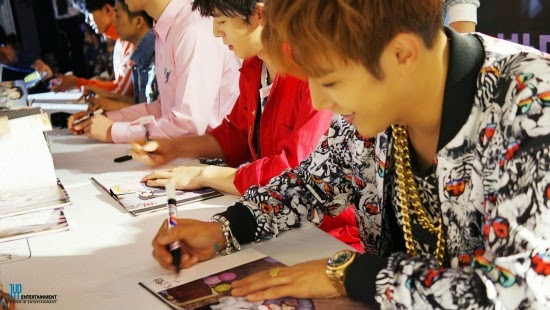 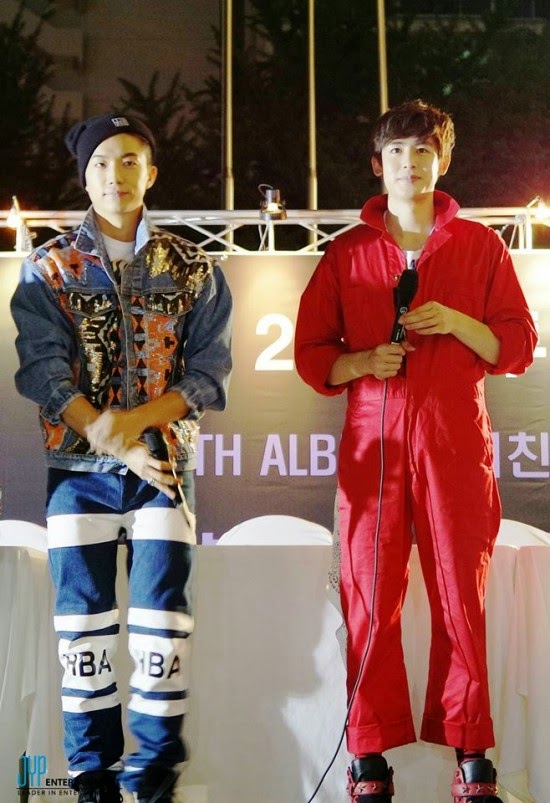 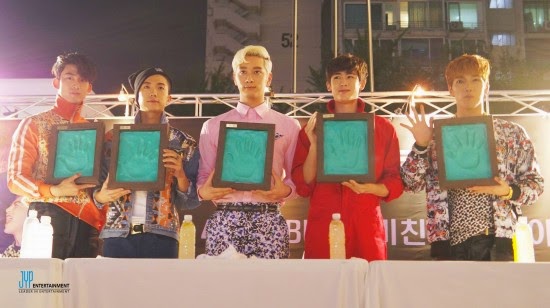