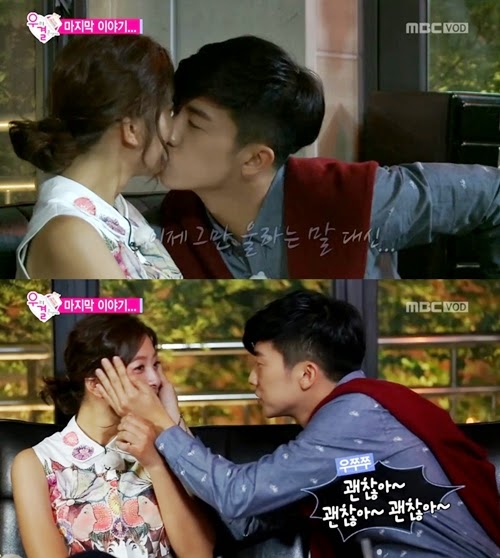 2PM has returned in one year and four months with Go Crazy! written by Jun.K. Positive feedback has been pouring on 2PM’s ‘Crazy’ comeback stages since September 11. Despite the sudden change in its concept, the public quickly began to take 2PM’s change in a positive light.

The reason that people were able to accept their change so comfortably was due to the members’ continuous individual and group promotions.

The members' various activities came along with unexpected rumors and misunderstandings. Chansung was involved in a dating rumor with Chinese MC Yan Liu while Wooyoung was also suspected of dating his partner Park Se Young in MBC’s We Got Married. “Yan Liu said during the press conference for her new project, ‘I am dating 2PM’s Chansung in a Chinese dating program.’ But the report left the details out and wrote that she is dating me, which led to the dating rumors. I never really met her personally and we can’t communicate well in the first place so there’s no possibility for things to work out between us.” (Chansung)

“I was filming We Got Married and was told that I had a lot of skinship with her. I was just working hard. I wanted to hear that I did well as Park Se Young’s husband on We Got Married. It was just a show. Even the PD of We Got Married told me, ‘Just be honest. Don’t get caught later and admit that you’re dating her now.’ I was dumbfounded so I just responded, ‘Whatever.’ But there were so many rumors about it.” (Wooyoung)

“Actually, I did get sort of numb to the dating rumors. A dating rumor might reflect your popularity. I don’t get specially shocked, sad or stressed about them. Even when I hear that other people are dating, I think, ‘Maybe they are,’ and just let it go. Celebrities are humans too so it’s strange if there are no dating rumors at all.” (Taecyeon) 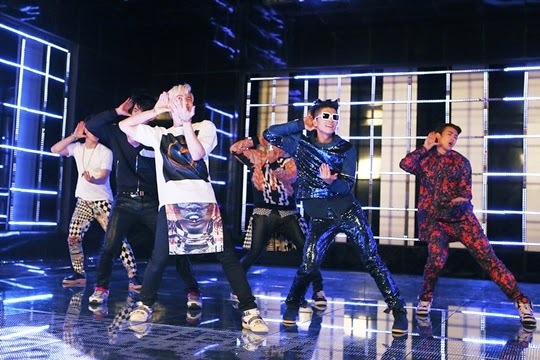 The 2PM members are all carrying out individual promotions with Jun.K gaining success as a soloist in Japan and Junho starring in the movies Cold Eyes and Memories of the Sword. Taecyeon has set his place as an actor through KBS drama Wonderful Days, Nichkhun has been filming a Chinese drama as the lead actor, Chansung has been appearing in movies and a Chinese variety show and Wooyoung recently caught eyes by appearing on MBC’s We Got Married.

“My first self composed Japanese solo album ranked number one on Oricon. I also learned many things through the solo concert tour. At the end of the finale concert, Park Jin Young came to me and said, ‘Your songwriting ability matches that of mine,” and it was the first praise that I heard since I joined the company ten years ago. It was a meaningful solo tour for me in many ways.” (Jun.K)

“After I wrapped up album promotions last year, I filmed one movie and two dramas. Nothing has changed much but I feel grateful when I hear that my acting has been getting better. I felt many emotions by filming dramas and I realized that I can express those feelings through music too.” (Taecyeon) 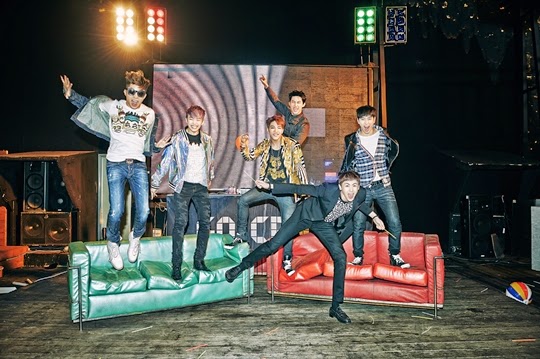 “I filmed two movies and finished a variety show in China. The movie Red Carpet will soon premiere. As I carried out individual activities, I realized that I needed to be more humble. I felt that I can work and have this influence thanks to the fans, so if I am not humble, those who like me will leave me. I’ve been feeling happy and grateful just to be able to work recently.” (Chansung)

“I was planning to continue to rest since we wrapped up album promotions last year. I liked dancing and performing on stages but I was also getting a lot of stress. The fact that I was only into dancing became a limit for me. I wanted to have my own color in terms of performance, apart from just dancing. I learned design and drawing and got a scuba diving license. I read many books and met many people. Now, I realized that the present is a really precious opportunity for me and that the fans are also precious. I want to be able to show good performances and energy.” (Wooyoung)