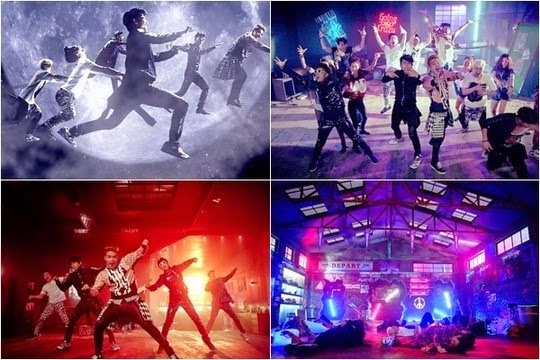 2PM has put down everything such as charisma, dignity, and sexy body that were imagined when the previous 2PM was thought in the new song ‘GO CRAZY’ MV which was released on 10th, 12 am.

They gave laughter instead by performing funny dances in training suits, waving both of their arms and reeling under the influence of liquor. Their choreography as if riding a motorcycle seems to be the closest movement to a reckless dance among all the choreographies which K-POP groups have performed before.

The song that has grafted exciting disco and house genre contains adult entertainment culture by breaking totally out of the idol’s field. The lyrics that contain conversation which would occur at any drinking party catches one’s ear and member’s that come and go clubbing and pool hall are often seen at drinking parties. Their images of being fallen down under the influence of liquor and ‘crazily’ running in the moonlit night are all fresh.

This song is self-composed by Jun.K, not by Park Jin Young who formed 2PM. It can be interpreted that 2PM has started the 3rd act through this song since they have been more improved by individual and overseas activities during7 years since their debut.