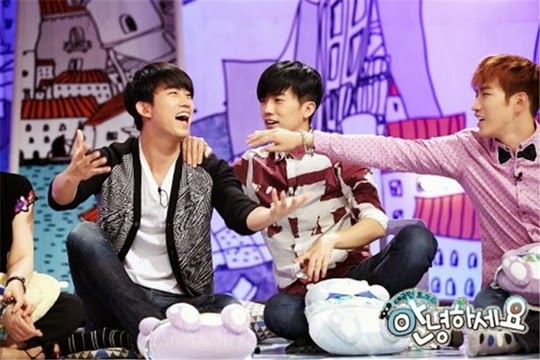 In a recent recording of the program, a man in his 20s appeared saying his girlfriend is too obsessive over him. "She won't even let me talk to another woman. She's always checking my cellphone and even watches me through a location tracking app. I can't breathe because of her."

The MCs then asked the guests if they've ever obsessed over anything.

Wooyoung replied, "I like things being clean. So when I'm living with the 2PM members in the dorm, I'm like a nagging mom."

"It was my first time living with six men, and living together, it gets really disgusting."

The program will air on September 22.