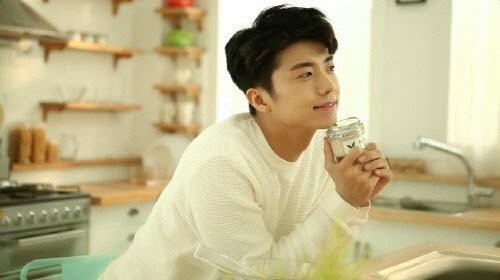 2PM's Wooyoung shined with his milky skin in behind-the-scenes still cuts from his filming for natural cosmetics brand 'Recipe Cosmetics'!

Wooyoung's smile was contagious not only among HOTTEST, but was reported to have brightened up the set of the advertisement shoot as well. His milky skin and white outfit also made him shine like an angel, and after ending his onscreen marriage with Park Se Young on 'We Got Married', he was also able to pose with a female model freely.

The brand's rep stated, "Wooyoung freely showed his boyish and manly image on set as well as a variety of charms." 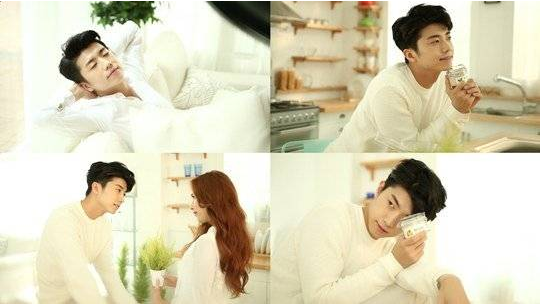