[News] 2PM's Wooyoung talks about losing to TEEN TOP on 'Music Bank' + Jun.K's injury while preparing for their concert 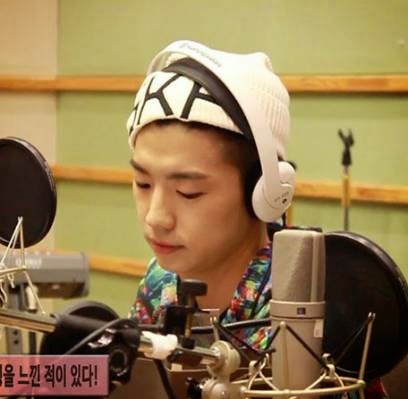 2PM's Wooyoung revealed that 2PM and TEEN TOP were close and that they had no hard feelings even after TEEN TOP beat 2PM's "Go Crazy" with their recently released song, "Missing."

On recent radio broadcast of KBS radio program 'Jo Jung Chi and Jang Dong Min's 2 O'Clock,' the DJs playfully asked Wooyoung, "Did you get really mad? Did you make them gather up?"

Wooyoung then earnestly answered, "No, never. TEEN TOP members greet us well and are very nice. We don't really like being treated like seniors, but TEEN TOP members treat us comfortably so we are fond of them."

The idol also revealed why Jun.K wasn't able to be a guest on the radio broadcast. It was originally scheduled so that both Jun.K and Wooyoung would be attending as guests.  When the DJs asked, "Why didn't Jun.K come?" Wooyoung answered, "While practicing all night yesterday for our concert, he overdid it and injured his collarbone."

He then added, "He was going through his schedule yesterday with a bandage wrapped [around it]. Right now, he's at the hospital."

Meanwhile, 2PM will be holding their 'Go Crazy' concert on October 3rd through 4th held at Seuol Jamsil Indoor Gymnasium .