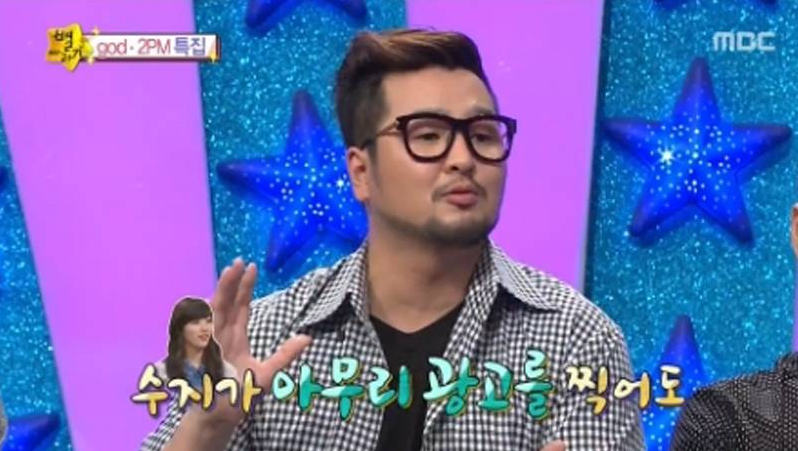 On the September 11 broadcast of MBC's 'Stargazing' which was a 'JYP generations special' featuring members of g.o.d and 2PM as guests, it was speculated that Suzy's profit for JYP was not nearly as large as 2PM's.

On this episode, a 2PM fan expressed, "These days if you think of JYP, you'll think of Suzy. 2PM fans feel hurt [by this]. There are comments that say that JYP lives off of Suzy's [ work] and wonder what 2PM is doing. And so to respond to that, fans leave comments saying that 2PM earns more [than Suzy]."

g.o.d.'s Kim Tae Woo seemed to believe in the last statement, as he explained his logic, "These days, the big bulk of the profits come from performances. Even though Suzy has a lot of endorsements, she can't catch up to 2PM's performance profits."