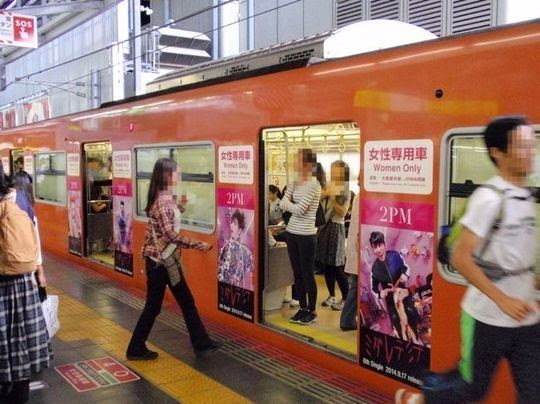 They also ranked among various charts such as ranking 1st, 5th, and 7th at the 14th daily booking chart of TOWER RECORDS.

They also has proceeded large-scale promotion by reflecting the high popularity and interest toward the album in the local area.

The streets of fashion and youth of the main streets in Tokyo such as Shinjuku, Shibuya, Akasaka, and Omotesando are making headlines as it is called as ‘2PM Street’ among fans since 52 signs of 2PM ‘GO CRAZY’ are installed. Also, ‘2PM Subway’, which the wrapping is collaborated with Osaka JR Kanjosen, is running in the downtown of Tokyo for a month.

The guerrilla event celebrating the 8th single album release is receiving the most attention. When the special event for the release day of ‘GO CRAZY’ was noticed through The Asahi Shimbun on last 15th, it knocked down the server of the event entry page and made big headlines in internet sites and SNS.

‘Exclusive singing room for 2PM’s GO CRAZY’ is installed in the Japanese famous singing room store ‘Karaoke Kan’. Those singing rooms installed in Shibuya, Roppongi, Ginza, and Osaka for about 2 months since 12th are getting explosive responses as much as it is difficult to book since its opening.

This single album contains Japanese version of the title song ‘GO CRAZY’ which was released on last 15th and ‘Fight’ which is composed and lyrics written by member Taecyeon.