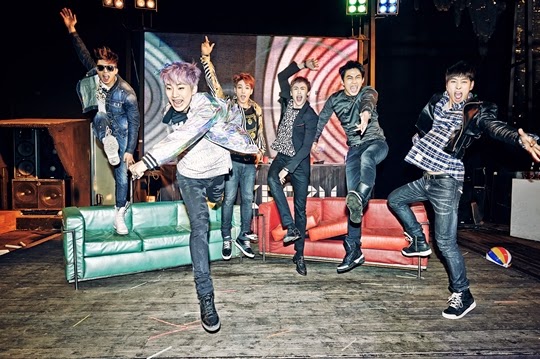 Breaking its gap period of one year and four months, 2PM finally made comeback with the 4th full length album. The title song Go Crazy! is a song written and composed by 2PM’s Jun.K, and it is also 2PM’s first title song not written by Park Jin Young.

The new album contains many tracks participated by the 2PM members.

Apart from 2 songs written by Jun.K, Taecyeon participated in rap making for the entire album, and Chansung also participated in writing some of the songs. In a recent interview with Newsen, 2PM expressed its thoughts on making a comeback in one year and four months. 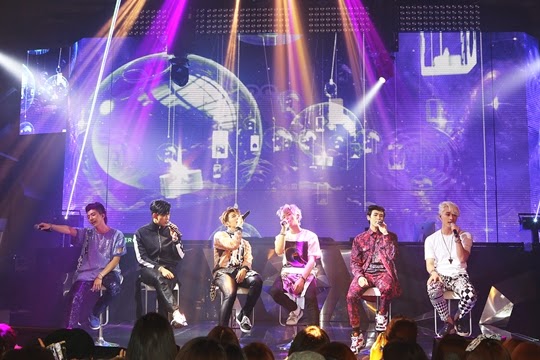 “We were finally able to show our own color, free from Park Jin Young. For the first time since I started studying music, I’m honored to have written a title song for 2PM. We’re trying to show funny and comical sides of us through Go Crazy! I hope that all people who watch our music video feel like going crazy with us. We chose the title song around the lunar new year and Park Jin Young, Taecyeon and I all came up with our own songs. We monitored each of our songs with the company members and Go Crazy! was selected because it received a good response. It was as if my dreams came true so I cried a lot as I talked to my mom on the phone. Because it is really hard to make a title song for 2PM, not for my solo activities.” (Jun.K)

“It was only natural for us to start writing and producing our songs. After we released Grown last year, the idea of producing our own album spread among the members. If we sing Park Jin Young’s song, we have to follow his guide but it was different this time. We got the opportunity to be free from his guide and show our own color. Of course, the base singing method follows JYP style but we’re definitely making our own color.” (Taecyeon)

“This is an important opportunity for 2PM. Park Jin Young tried to give us a lot of opportunities too. We started pitching in our ideas for concept or costumes starting with Comeback When You Hear This Song. Sunmi or Ye Eun also add their own colors to their albums. This album will become the opportunity for 2PM to make a new color.” (Wooyoung) 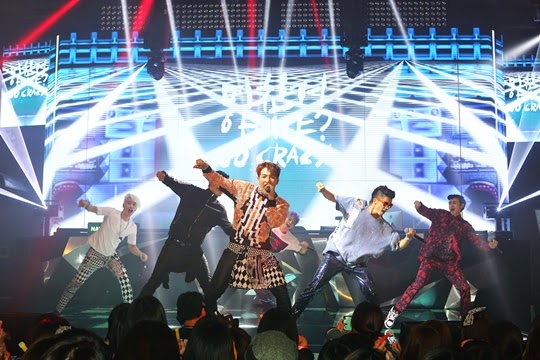 2PM expressed its desire to take a step closer to the public though this album. Leaving aside the ‘beast-dol’ or acrobatic image, the members want to show their natural sides by freely enjoying the stage. They showed themselves drinking and partying, which is unusual for idol groups, to add fresh charms to the album. It is also a change brought on by entering its 7th year since the group's debut.

“We debuted as idols, so we’re still idols. But I think the meaning or image of idols have changed recently. They no longer just show pretty sides or target only teenage audience. But I didn’t think that our song would be disqualified by broadcast standards. It was because of the word ‘let’s go for the second round, son’ and I still can’t understand. It didn’t have any other meaning.” (Jun.K)

“Actually, we’re the people who have been saying things like ‘her lips taste delicious’ since the beginning of our debut. (laughter) Our beginning was not like other idols so I don’t think the fans or the public will be shocked to find out that our song is about drinking.” (Taecyeon)

“As we’re entering our 7th year, the way we understand and think about things have changed. Even if our song is not received well, we can now think ‘We just learned another lesson.’ We probably couldn’t think like this in the beginning.” (Chansung)

“Our company doesn’t have a tough style. It’s a beautiful company that allows us to think on our own and respects each one of our thoughts. When we started openly expressing our thoughts, the company started to change little by little. Things have been changing like that. We would also like to leave a better picture for our hubaes.” (Taecyeon) 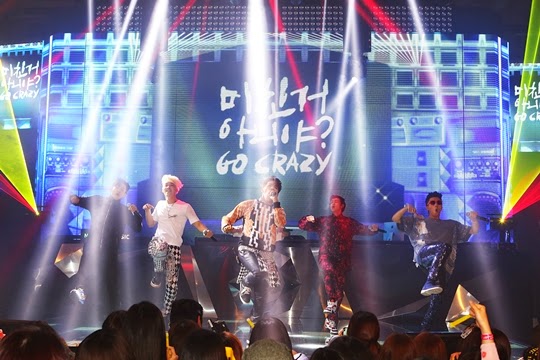 Although Comeback When You Hear This Song and A.D.T.O.Y. didn’t get as popular as they had hoped, the members claimed that they were able to grow through this.

“As using Jun.K’s song as the title in itself is a challenge, I hope that we can enjoy the challenge. We don’t want to hear people say, ‘2PM is the same as before.’ We would like to hear, ‘2PM has grown. They can do something like this too.’ I hope that everyone starts moving up and down when we perform.” (Chansung)

“We always think about how we can interact with the audience on stage. We want to become clowns who can entertain and energize people, rather than show strong and arrogant sides. Park Jin Young told us, ‘You have to show your sincerity in every single content in the lyrics.’ It means not a single word should be wasted. We would also like to write songs with sincerity and comfort the audience through the songs.” (Wooyoung)

“Our goal? Of course, we would like to win first place. But more than that, I hope that people can enjoy and have fun through our promotions. We will entertain people’s eyes and ears through this song. Please watch he members’ faces closely. We really let go of everything.” (Jun.K)