[News] Boys Of 2PM Spotted On Subway Train In Japan 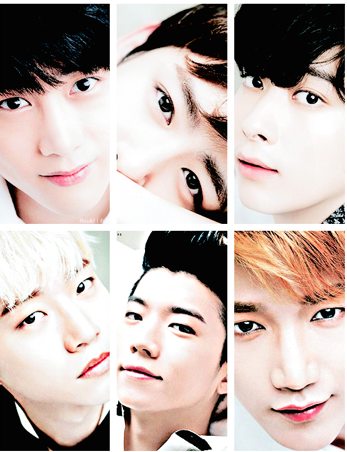 Boy group 2PM has only gotten bigger in Japan with the release of their eighth Japanese single "Midaretemina."

Now, the faces of each of the members can be seen on a subway train in Japan, according to the Korean publication Osen Entertainment.

The advertisements surfaced soon after 2PM ranked No. 1 on the country's top ringtone site, Raeco Choco Daily Chart. The idol group had previously topped the popular ringtone chart with their track "Fight," which was released in late August.

The group's new single also took the No. 1, 5 and 7 spots on the Tower Records Music Chart earlier this week.

As the song continues to make its way to the top of the K-pop music charts in Japan, the members of 2PM have officially begun their promotions for the track. Aside from the subway advertisement in Osaka, a total of 52 advertisements were seen in Tokyo's Shinjuku, Shibuya, Akasaka, Omotaesan and other major locations.

So many 2PM advertisements are being seen in certain locations of Tokyo that fans have dubbed them as "2PM Streets."

Along with their fans in Japan, people in Korea have yet to get over the explosive comeback of 2PM with their new album "Go Crazy!"

The album consists of 10 songs and was written, composed, arranged and produced by 2PM's main vocalist Jun.K, according to the media outlet Manila Bulletin. Soon after "Go Crazy!" was released, 2PM immediately topped major music charts in Korea, including Mnet, Olleh, Soribada and Melon.

The music video for "Go Crazy!" was released on September 10 and has already garnered more than 2.9 million views.

2PM will be going on their "Go Crazy" world tour in October, starting with concerts at the Jamsil Indoor Stadium in Seoul.

Just as the members of 2PM are going "crazy" together with the success of their album new album, the boys recently revealed that they would like to enter the army for mandatory military service together as well.

"If we entered the army in a zigzag way, it would take us six years to be complete as a group again. Truthfully, we don't have a lot of members in our group. Whenever we do events and one or two members weren't able to attend, it makes a really big difference too. We can probably do unit promotions too, but it's still not 2PM," said Jun.K in an interview with Joy News.

Member Woohyung added, "I also want to enter (the army) together with the other members. If the elder members entered the army and we younger ones are left, I think it would be lonely."