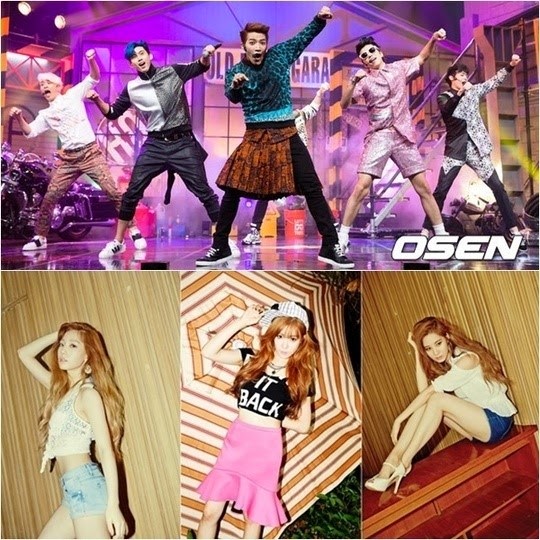 2PM returning to the stage after a year will release their new exciting song 'GO CRAZY' on the 15th, and TTS will also have a comeback with 'Holler' on the 16th expected to be more vivid than their last hit song 'Twinkle' 2 years ago. Both teams are anticipated to make big headlines since they are both from major groups, GIRLS' GENERATION and 2PM. It looks like their comebacks will turn up the music chart in a long time.

2PM looks very determined this time. As 'The original beast-idol' used to show off their charisma in the past, they gave up the title of the best bodies and will be out of control. 2PM clearly differentiated themselves from the exiting idol groups with the motorcycle choreography inspired by drinking game 'Let's run', funny faces, and comfortable outfits.

This comeback is the first time for 2PM to return with a song that is not produced by Park Jin-young. It is a song self-composed by member Jun.K. They are much determined to succeed this time as they are coming back as a 'Self-producing group'. Members have got more involved in making the album such as rap-making and ready for 2PM’s turning point. 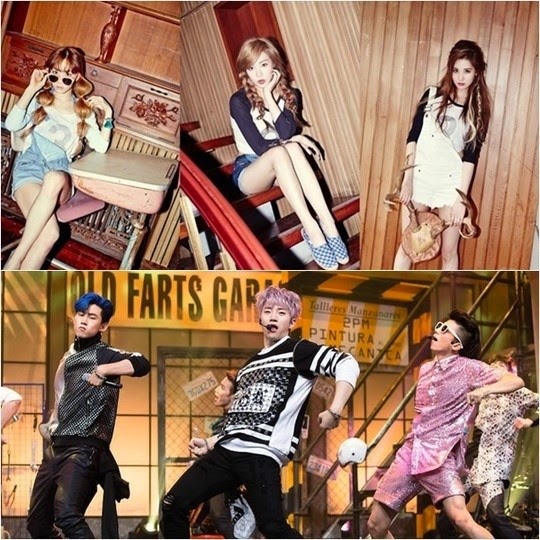 A genre of mixed house and disco, 'GO CRAZY' can be followed at everyday life since the lyrics contain typical conversation done when drinking. It is a fresh change as they reversed the emotional ballad songs of last year which produced unsatisfied outcomes.
# On the 16th : TTS, Will they proved to be the best unit again?

TTS finally returns to the stage in 2 years and 4 months. Since they made a huge success with 'Twinkle' just like that of GIRLS' GENERATION, this comeback is also getting lots of attention.

'Twinkle' won triple crowns (ranked no. 1 in 3 weeks in a row) on both cable and terrestrial music programs. They also ranked among TOP 5 of US iTunes album chart as the first Korean singer. They got hot response both nationally and internationally by ranking no. 1 in the Billboard world album chart and in Taiwanese music chart. It was the best record among the units.

TTS's new song 'Holler' is an exhilarating song with funky rhythm at the basis, and expected to gain more popularity than 'Twinkle' did. Although GIRLS' GENERATION got much attention on their love story, their musical transformation is still anticipated to get big interest.

Throughout the teasers members took on pure, cute, and sexy look making one to wonder about their upcoming comeback.